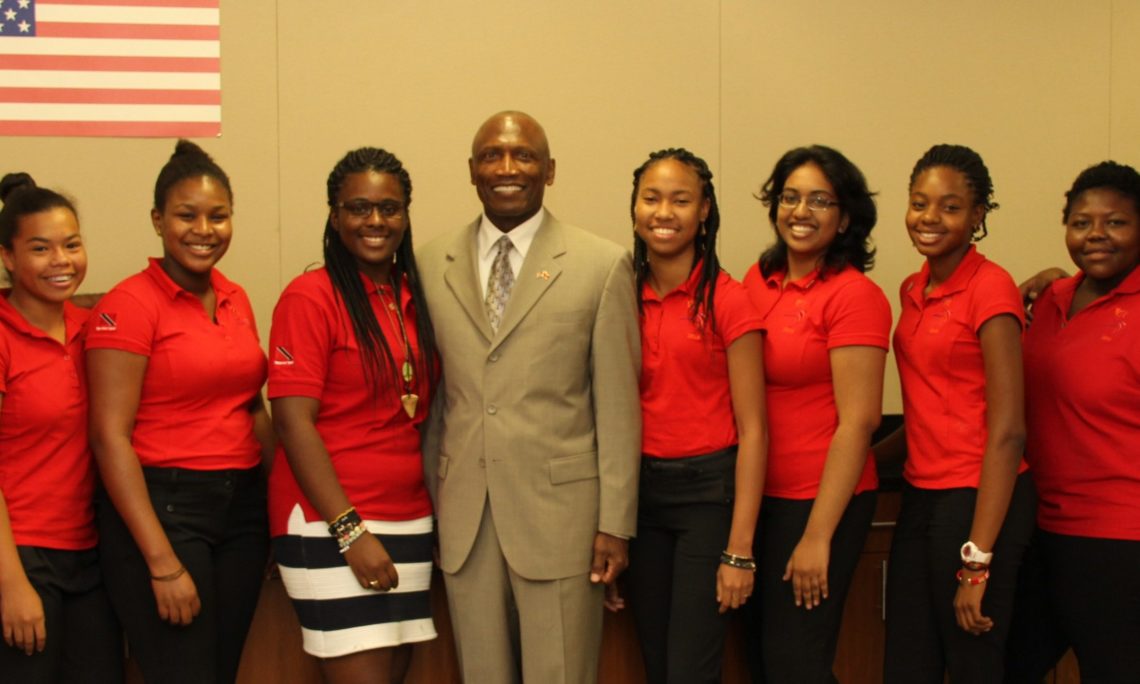 The eight Trinidad and Tobago Youth Ambassadors who spent three weeks in the United States – Washington, Seattle, Florida and South Dakota – have returned home with a greater appreciation for American culture and a keen sense of volunteerism.  They were able to build relations with their regional counterparts as well as got a reality check about American life.

The youths spoke of their experience during a courtesy call with Ambassador John Estrada, who noted they are among the smartest, brightest minds from Trinidad and Tobago and have an opportunity to build a better country, impact the region, and contribute to continued strong relations with the United States.