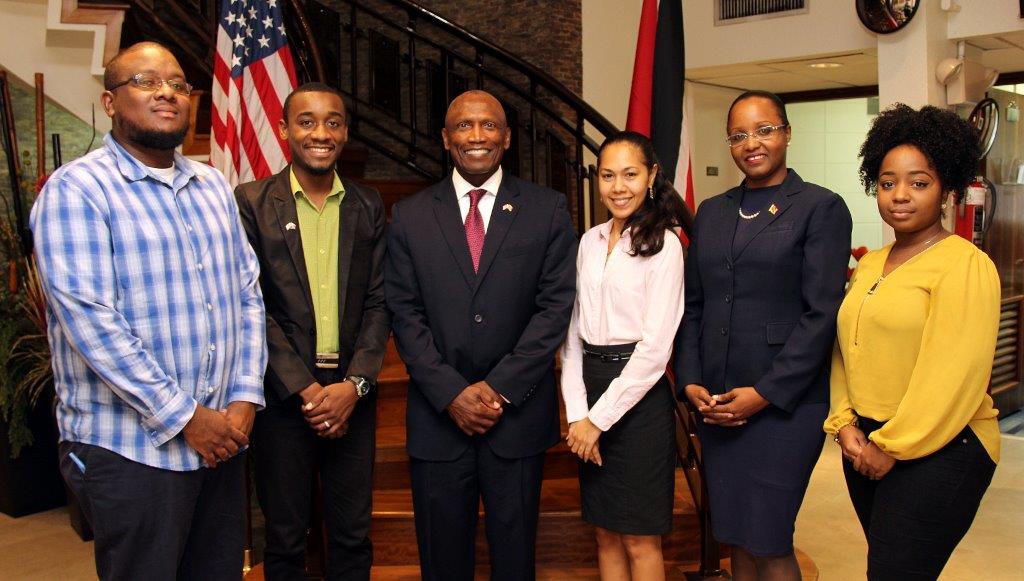 Five Trinidad and Tobago entrepreneurs who participated in the 2016 Young Leaders of the Americas Initiative (YLAI), have returned home with renewed vigor to build their respective businesses and share their experiences and skills through outreach.

Alpha Sennon, Brian Beniot, Nelicia Adams, Jennel Fraser and Deidre Lee Kin spent six weeks in the United States with 245 other young entrepreneurs from Latin America and the Caribbean. Following an orientation in Dallas they were placed with mentors at business and organizations in 21 hub cities. They attended seminars and workshops on strengthening their leadership, innovation, and entrepreneurial skills and received networking opportunities with U.S. entrepreneurs, innovators, and investors; diaspora communities; and amongst each other to increase connectivity throughout the hemisphere.

At the conclusion Summit in Washington earlier this month, Alpha, the founder and director of WhyFarm was among 21 finalists in the pitch competition having successfully pitched the AGRIman Adventures (a food security superhero) from among ten Fellows at the Charlottsville hub.  Brian, chief executive officer of Beniot Academy of Steel Pan was also selected at the Summit to be among YLAI representatives in Peru where President Obama held his last overseas Town Hall.  The Fellows also got the opportunity at the Summit to engage with Sir Richard Branson on the topic “Insights from a Grounding Entrepreneur and Active Global Citizen.”

“These impressive young people now have the tools to build prosperity and bring about social change. They embody President’s Obama’s message – Don’t wait for change, create it!”

YLAI was launched by President Obama in 2015 to expand opportunities for emerging entrepreneurs and civil society innovators in Latin America and the Caribbean.