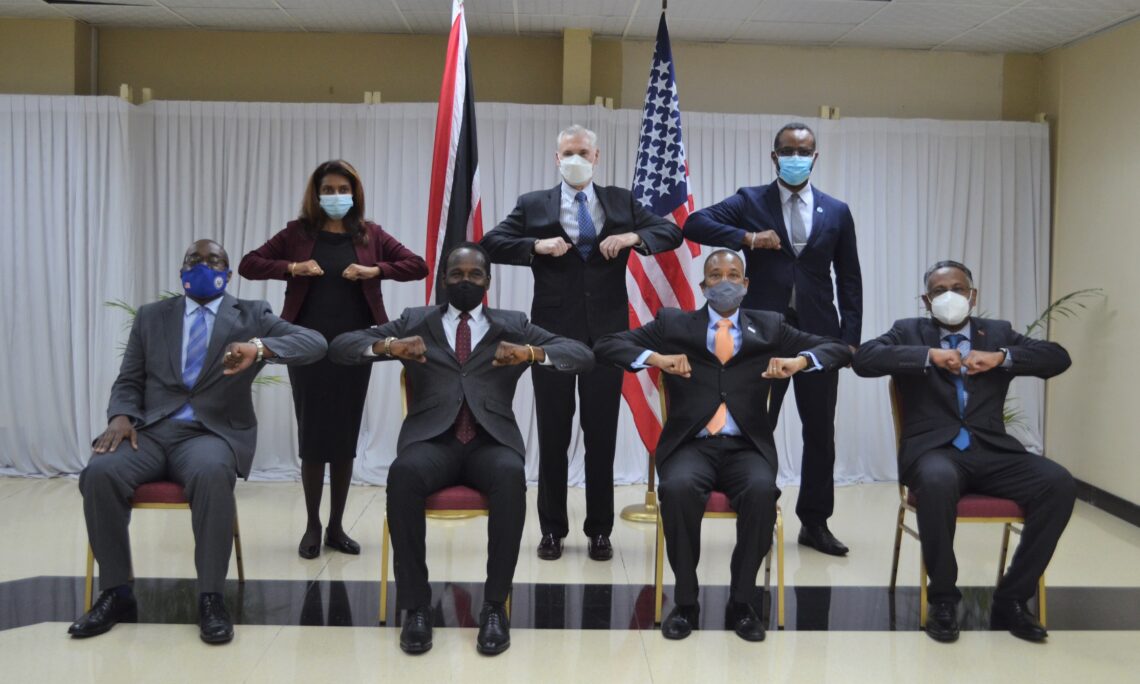 September 21, 2021:  The United States Agency for International Development (USAID) will allocate up to USD $1 million to support countering trafficking in persons (TIP) efforts in Trinidad and Tobago.  The assistance will focus on supporting the Government of Trinidad and Tobago (GOTT) to combat human trafficking while strengthening the support services offered by non-government and government agencies to better meet the needs of trafficking victims such as counseling, therapy, skills training, and social services support.  USAID’s assistance will be tailored to meet the priorities of the GOTT’s TIP national action plan and the key recommendations from the U.S. Government’s 2021 Trafficking in Persons Report.

Among the items discussed at the meeting was the option to provide an adviser to the Ministry of National Security to provide strategic advice in support of the GOTT’s counter-trafficking efforts.

Chargé Moore said, “To further advance the shared objective of strengthening the Government of Trinidad and Tobago’s institutional capacity to combat trafficking in persons, USAID’s programming will support and complement existing bilateral cooperation from the United States Government.”

White said, “USAID is looking forward to working with the Government of Trinidad and Tobago and supporting its efforts in addressing the scourge of human trafficking.  We stand ready and committed to providing technical assistance and resources that will build the capacity of government and civil society institutions to tackle this crime.”