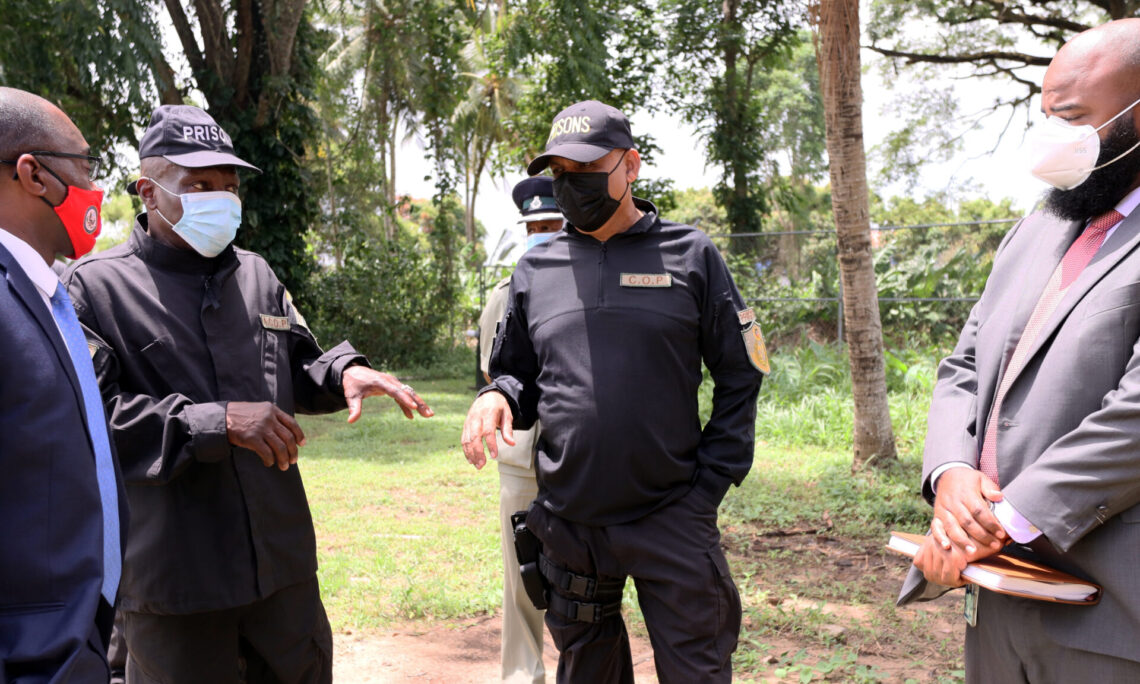 The TTPrS with support from the U.S. Department of State’s Bureau of International Narcotics and Law Enforcement (INL) has developed one of the best canine programs in Trinidad and Tobago, and the refurbished kennels will help the prisons comply with INL’s strict animal welfare policies. The kennels will be used to house puppies produced from the prisons’ new self-funded working canine breeding program, as they lack the resources to purchase sufficient adult dogs to meet their operational needs. The riot gear was originally purchased for prison officers participating in the annual INL-funded mock prison riot in the United States. However, that training was postponed due to the pandemic.

Chargé d’Affaires Shante Moore, who also observed a working canine display said, “The United States relationship with Trinidad and Tobago is further strengthened with this type of support. I was impressed by the canine exercise display, so I know today’s donation will enhance the prison service’s ability to perform its duties more efficiently. We look forward to continuing to collaborate on initiatives that advance our shared security and law enforcement goals.”

In expressing his gratitude to the United States government for its continued partnership with the TTPrS, Commissioner Pulchan said, “With U.S. support the prison service has developed a canine unit that stands second to none, enabling us to manage our prison system and effectively contribute to crime fighting efforts across Trinidad and Tobago. We are grateful for the United States’ support to the professionalization of the prison service over the years.”