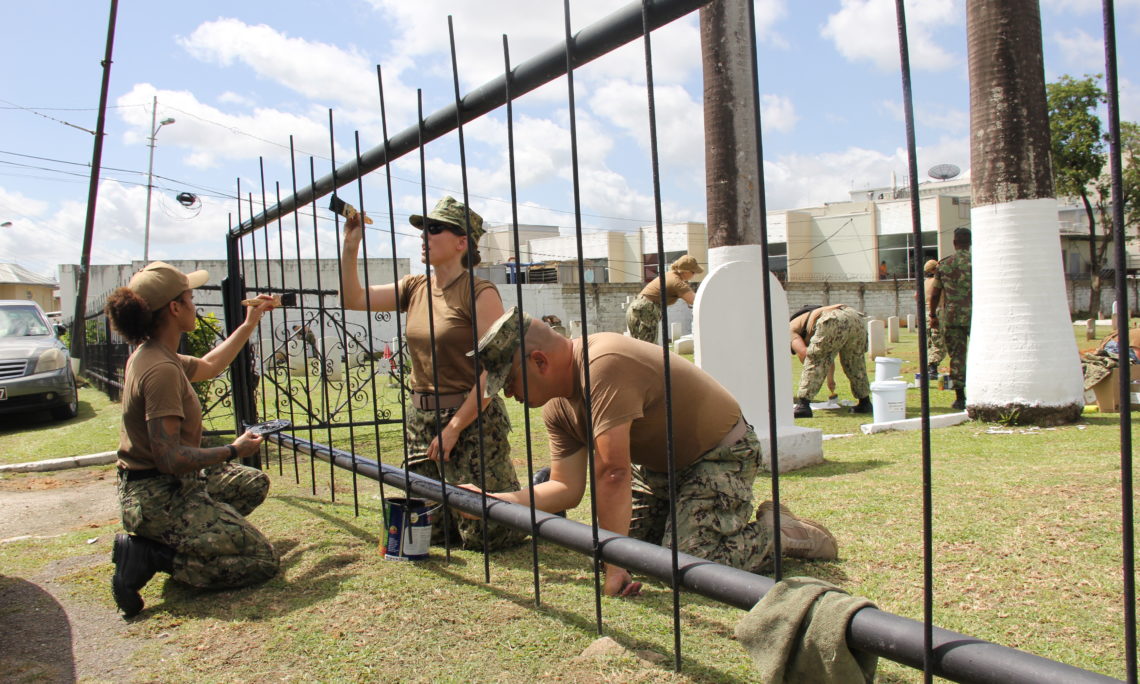 Visiting sailors on the USS Gunston Hall on Friday joined members of the Trinidad and Tobago Defence Force in refurbishing the Military Cemetery at Long Circular Road as part of a community relations (COMREL) project commemorating the veterans of both U.S. and T&T.

Navy Section Chief of the Embassy’s Military Liaison Officer, Lt Commander Oliver Pao, noted when U.S. military personnel visit different countries and different regions they conduct COMREL’s to build relations with the partner nation which can take various forms.  The TTDF said the initiative highlights that despite the distance of geographic borders, a common thread of military service is recognized and honored.