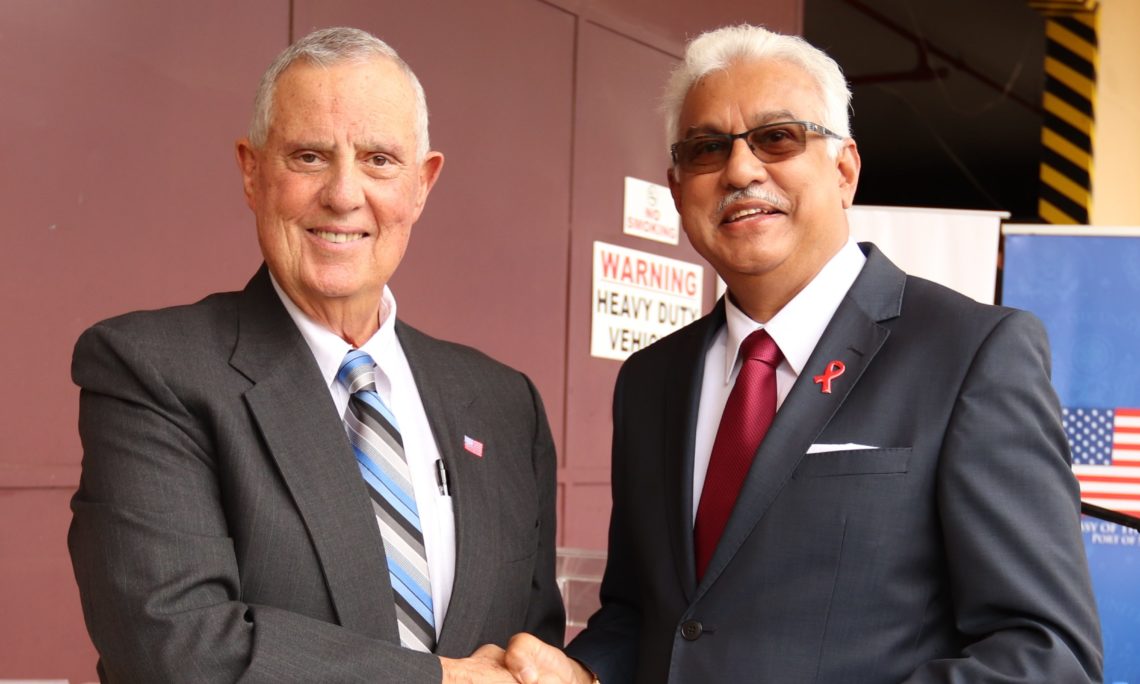 Port of Spain July 10, 2019:  The United States, through the U.S. President’s Emergency Plan for AIDS Relief (PEPFAR), continues to partner with the Government of Trinidad and Tobago to combat HIV and AIDS, with US$2.5 million in funding for fiscal 2019.

This figure includes the in-kind value of 110,000 rapid HIV test kits donated by the United States and handed over July 10 by Ambassador Joseph Mondello to Minister of Health Terrence Deyalsingh at the NIPDEC Central Warehouse, Airways Road, Chaguaramas.

“The 110,000 test kits and funding we hand over today will help ensure everyone in Trinidad and Tobago knows their HIV status, including migrants,” stated Ambassador Joseph Mondello. “The Government of Trinidad and Tobago has made real progress toward reaching the UNAIDS 90-90-90 targets, which aim for 90 percent of people living with HIV to know their status, 90 percent of those diagnosed to be on treatment, and 90 percent of those on treatment to achieve viral suppression.”

The Honourable Minister of Health Terrence Deyalsingh reinforced the Ministry’s commitment, by stating “The HIV and AIDS agenda continues to be an area of focus for the Ministry of Health due to the wider socio-economic impact of the epidemic.”