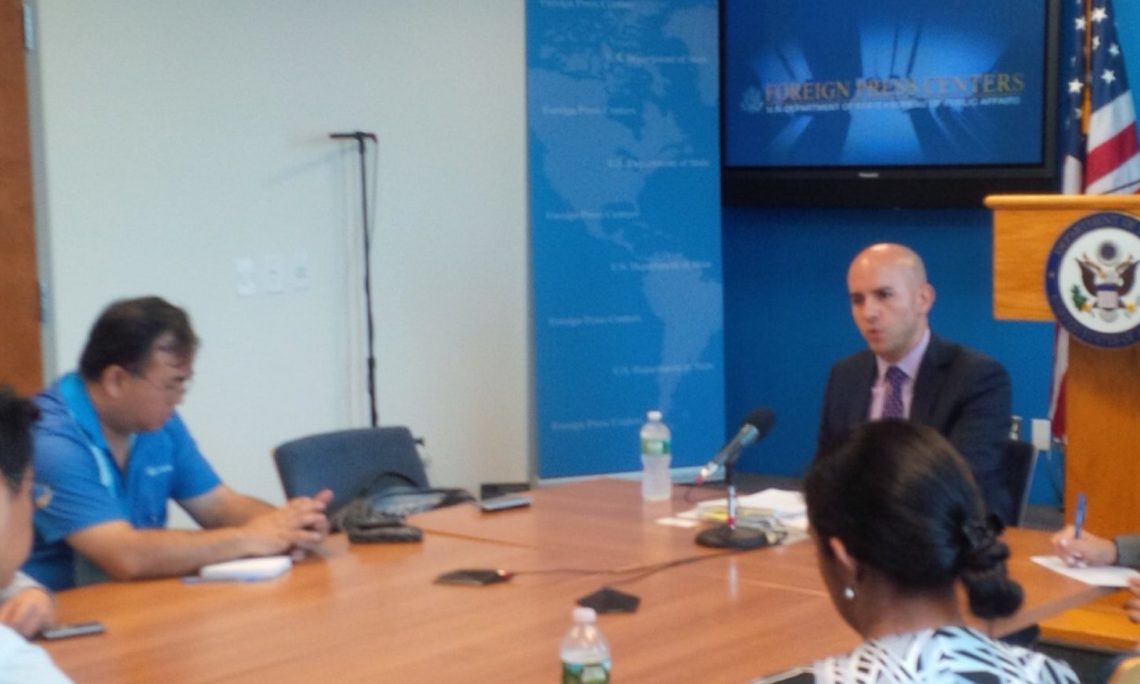 Almost four million Caribbean nationals are living in the United States with over 370,000 living in Brooklyn and have contributed with their incredibly rich culture, produced amazing artists and actually enrichen U.S. culture.

So said Juan Gonzales, Deputy Assistant Secretary of State for Central America and the Caribbean when he addressed a press briefing on Thursday on ‘U.S. Government Engagement and Partnership with the Caribbean” at the New York Foreign Press Center. He spoke about citizen security, clean energy, and trade in the Caribbean

The press engagement was part of The Department of State series of   Caribbean-diaspora-focused events in New York September 3-8 to highlight U.S.-Caribbean policy and programs, and the importance of diaspora engagement, and Caribbean diaspora youth.

Read the full transcript of the press conference.