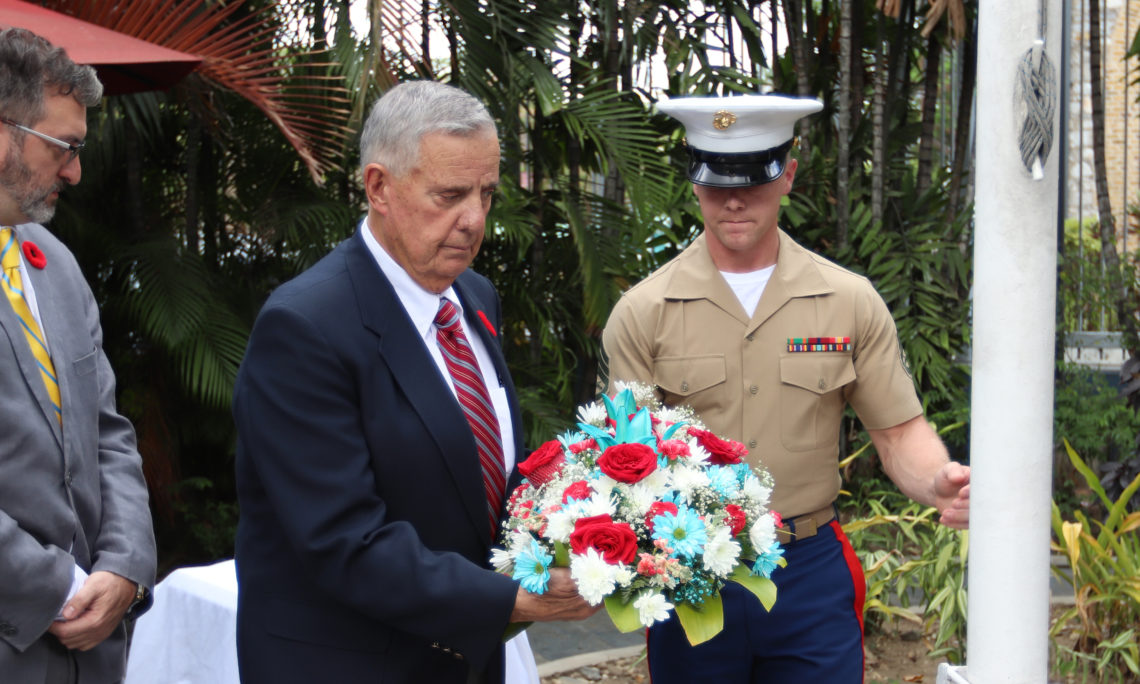 May 24, 2019: Ambassador Joseph N. Mondello, a military veteran, today led the staff of the U.S. Embassy Port of Spain in observing a moment of silence and laid a wreath to commemorate Memorial Day, observed in the United States on the last Monday in May.

Ambassador Mondello said the day symbolized much more to him than the first day of summer, as he recalled reading the list of war casualties in the newspapers as a young boy, which left a deep impression on him.

Memorial Day honors America’s military men and women who lost their lives in service to their country.  It is a day when Americans reflect on the sacrifice of those who have given their lives in military service.