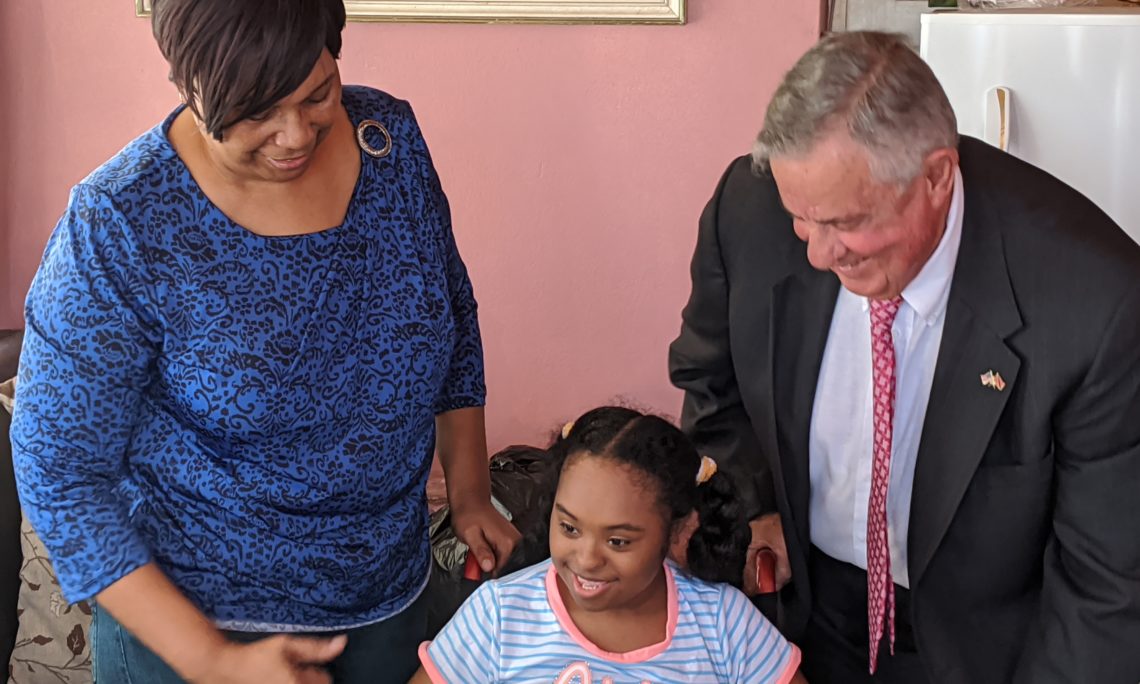 Port of Spain, January 08, 2020:  U.S. Embassy Port of Spain joined forces with Wheeling Forward of New York and local NGOS to hold a roundtable discussion on disability rights. Wheeling Forward shared post-holiday cheer by bringing five wheelchairs, which were donated to individuals on both islands.

Ambassador Mondello welcomed participants and acknowledged their work to bring equal rights and opportunities to all in the country. “This is an important conversation. A great president and friend, George H.W. Bush, signed the Americans with Disabilities Act into U.S. law on July 26, 1990.  It is the cornerstone legislation for all the progress on disability rights in the U.S. that has since been made.”

Wheeling Forward co-founders Alex Elegudin and George Gallego applauded the existence of a national coalition for disability advocacy in Trinidad and Tobago, noting the importance of speaking with a unified voice to capture the attention of the government, private sector, and public and thereby achieve goals concerning building standards and access.

The Ambassador, during a visit to Tobago on Sunday, presented one of the wheelchairs to 14-year-old Aaliyah Sammy who was nominated by the Down Syndrome Family Network. Aaliyah and her family lost their home to a fire in December. Other recipients are associated with the Princess Elizabeth Centre, Roots Foundation, Trinidad and Tobago Occupation Therapy Association, and the National Council for Persons with Disabilities.

Founded in 2011, Wheeling Forward of Queens, New York helps people with disabilities meet their short and long term goals by advocating for their rights, guiding them through health and social service systems, developing innovative fitness programs for those with spinal cord injuries, and giving wheelchairs to those in need.