Home Home | News & Events | The U.S. Embassy has appointed a liaison to Arima 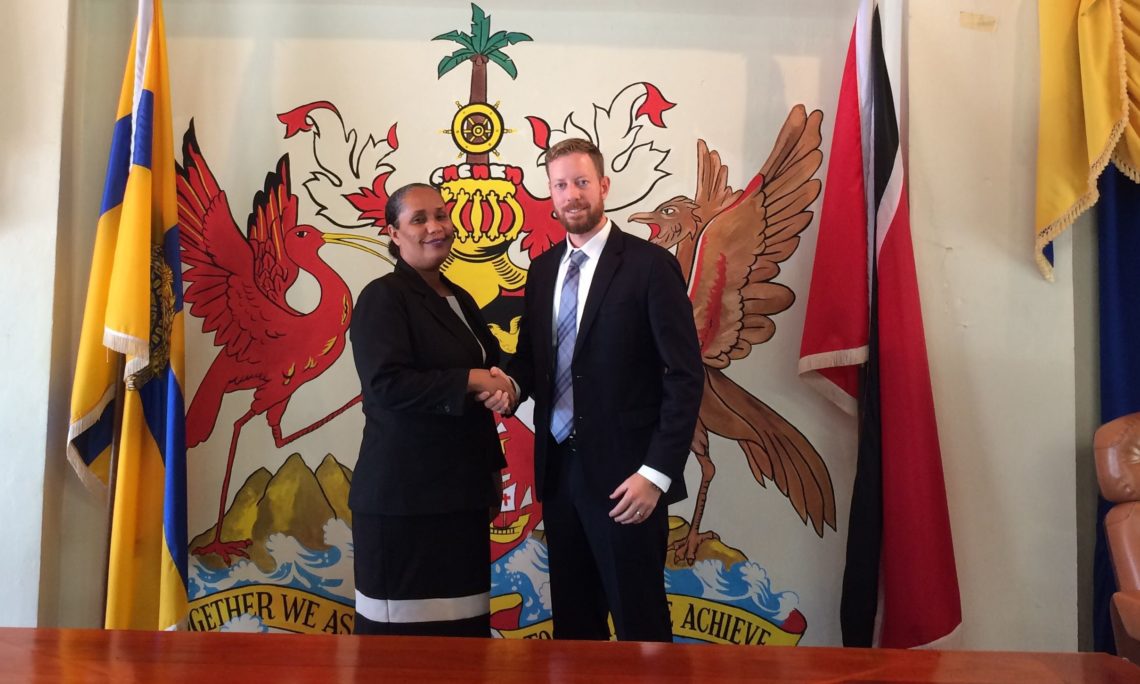 Arima Mayor Lisa Morris Julian has welcomed to the Borough the U.S. Embassy’s new liaison for Arima, Kyle W. Fonay.
Kyle met with the Mayor at the Arima Town Hall last Thursday where he presented her with a letter from the U.S. Embassy’s Charge d’Affaires John McIntyre appointing him to the post. Noting that it was International Women’s Day, Kyle congratulated the mayor for her role as a model to women and girls in the country.

Kyle will meet with the mayor and other stakeholders of the Borough for discussions on economic development, security cooperation and social initiatives to strengthen bilateral relations and support Arima’s growth and development.

This is part of a commitment to the Borough made by Charge d’Affaires McIntyre at the US Embassy’s temporary move to Arima on November 14th 2017. There, he promised the Embassy’s ongoing support of the Borough, for which Kyle’s appointment is integral. Mr. McIntyre assured that the Embassy looked forward to a productive partnership with the leadership, businesses and burgesses of Arima.  Mayor Morris Julian expressed gratitude that this partnership was formed. She pledged her support and commitment to the initiative.