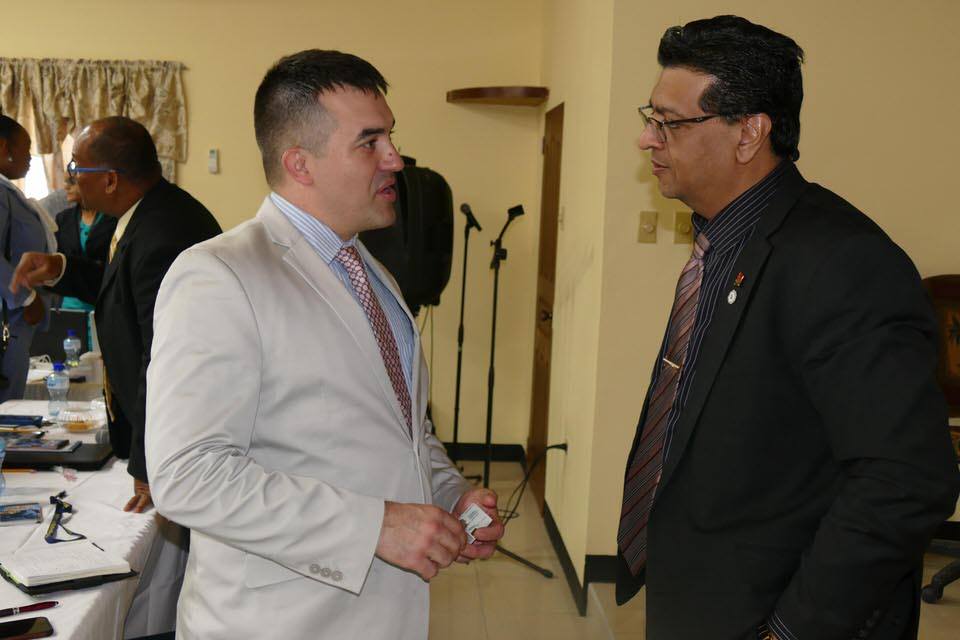 The United States Embassy’s Military Liaison Office (MLO) and the Delaware National Guard (DNG) is partnering with the Office of the Member of Parliament for Mayaro and the Mayaro Rio Claro Regional Corporation to host a series of workshops on Disaster Management, Preparedness and Response in the Mayaro constituency.

The training resulted from discussions initiated in 2017 between Member of Parliament Rushton Paray and the U.S. Embassy’s Civil Affairs Team to identify collaboration to address gaps in the district’s disaster response capabilities. Three major floods in a three-month period resulting in more than $3 million in damages and affecting more than 1000 families highlighted the importance of working together to prepare communities.

The session was attended by over 100 stakeholders from the Disaster Management Units of three Regional Corporations (Mayaro/Rio Claro, Sangre Grande and Princes Town), local government Practitioners, Member of Parliament for Cumuto/Manzanilla, representatives of Nariva Mayaro Ministry of Works and Transport, Forestry Division, Office of Disaster Preparedness and Management (ODPM), members of the police and fire service, the Trinidad and Tobago Defence Force, and emergency response personnel from energy-based companies within the Mayaro region.

On day one, the Delaware National Guard team shared concepts utilized in the Delaware jurisdiction and engaged the audience in an interactive session, exchanging ideas relative to disaster management. Day two focused on case studies and brainstorming ideas with ODPM and the Disaster Management Units of the respective regional corporations and their team of experts. Day three concluded with site visits to strategic locations within the Mayaro region that are most susceptible to natural disasters.