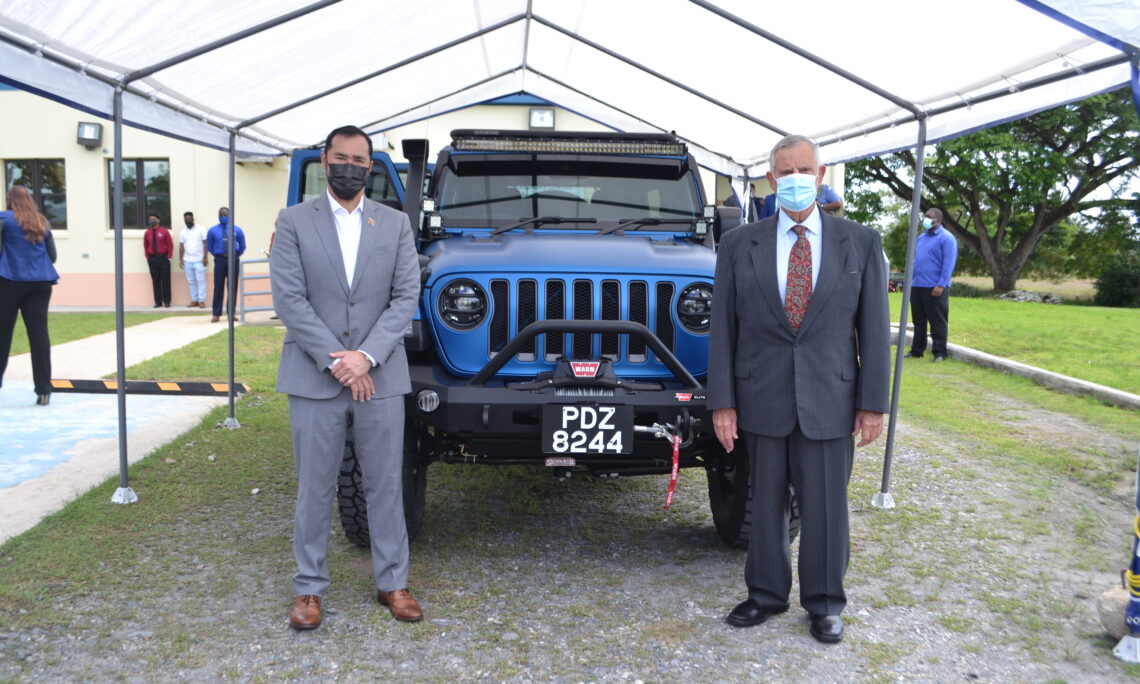 Minister of National Security and Ambassador Joseph Mondello stand next to one of the jeeps donated to the ODPM.

November 10, 2020:  In continued partnership with the Government of Trinidad and Tobago, the United States Government donated two Sport Utility Jeeps, 18 Samsung Galaxy Tablets, and 195 Hand Crank Radios valued at $255,000 USD to the Office of Disaster Preparedness and Management (ODPM).

Ambassador Joseph Mondello presented the donation to Minister of National Security Stuart Young and ODPM Chief Executive Officer Major General (Ret’d) Rodney Smart at the Emergency Operation Center in Mausica (construction supported by the U.S. government in 2016) on November 10, 2020. They both acknowledged the critical importance of disaster preparedness and response, especially given the additional challenges posed by the global COVID-19 pandemic.  Ambassador Mondello pledged continued U.S. support for disaster preparedness and emphasized “the importance of ensuring national level agencies have the equipment and resources to rapidly respond during hurricane and flood season.”