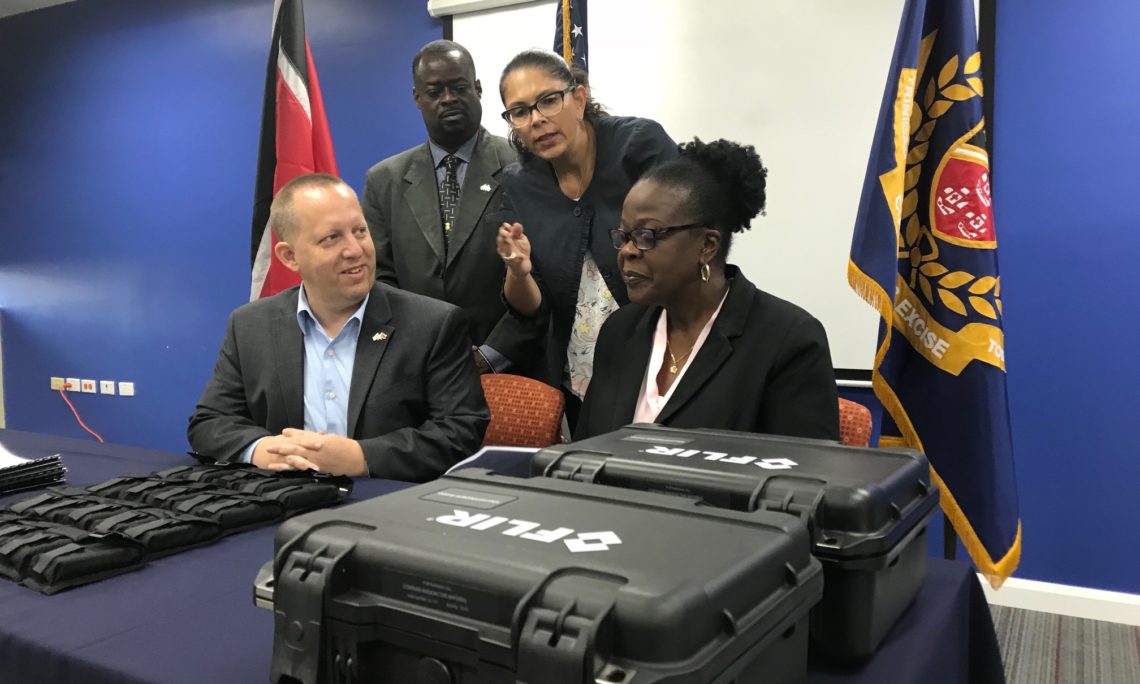 The Trinidad and Tobago Customs and Excise Division (TTCE) on September 19 received state of the art radiation detection equipment. This important equipment is just one part of the U.S. Government’s commitment to assisting in securing T&T’s ports and borders, as well as combatting transnational crime network.

Chargé McIntyre noted the equipment was a donation to Customs as part of the USG’s partnership with Trinidad and Tobago. He emphasized, “Ours is a solid, strong partnership and we hope you and the citizens of Trinidad and Tobago view the United States and our embassy as the partner of choice, especially in the areas of border and citizen security.”

Acting Comptroller Matthews thanked the U.S. for being “such good donors and partners” noting Customs will use the equipment to help create a “21st century customs environment.”