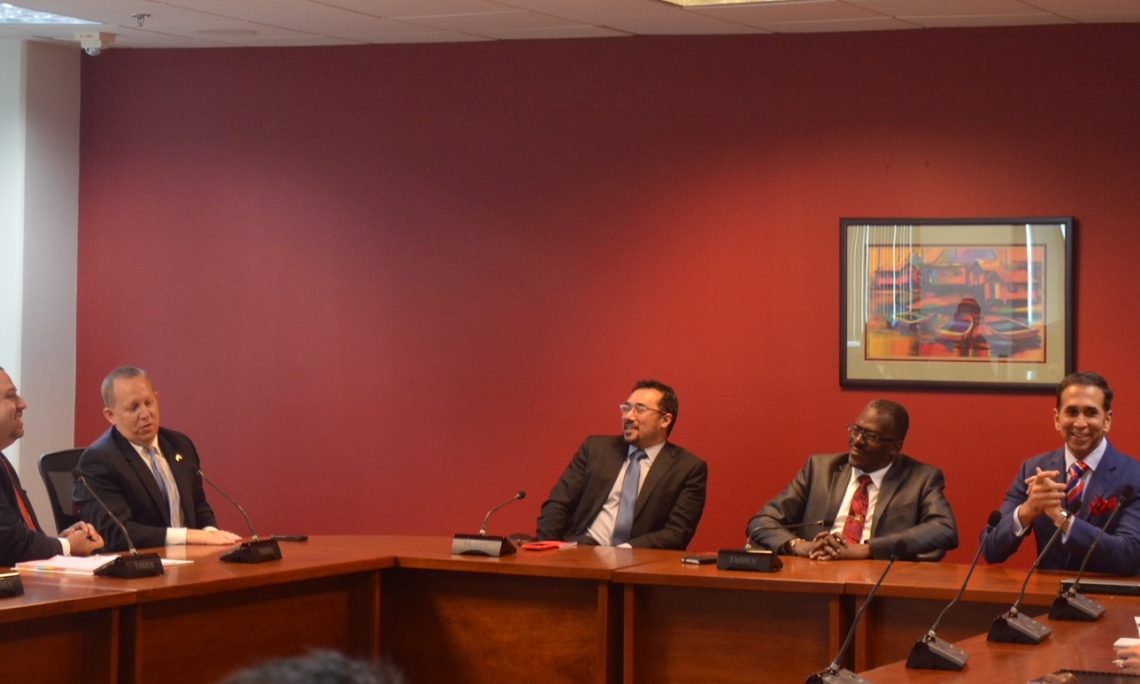 Two U.S. Congress staff delegations visited Trinidad and Tobago last week, a testimony to the importance the United States places on deepening our already strong bilateral relations. The delegations were led by Mr. Eddy Acevedo, Staff Director, Subcommittee on the Middle East and North Africa, House Foreign Affairs Committee (HFAC) and Ms. Mandy Bowers of the House Homeland Security Committee (H-Home). Both delegations met with government and other partners to evaluate implementation of the U.S.-Caribbean Strategic Engagement Act (P.L. 114-291), which was authored by Reps. Engel and Ros-Lehtinen and signed into U.S. law in December 2016. In addition, they discussed regional issues including Venezuela and joint U.S. and Trinidad and Tobago efforts to combat violent extremism.