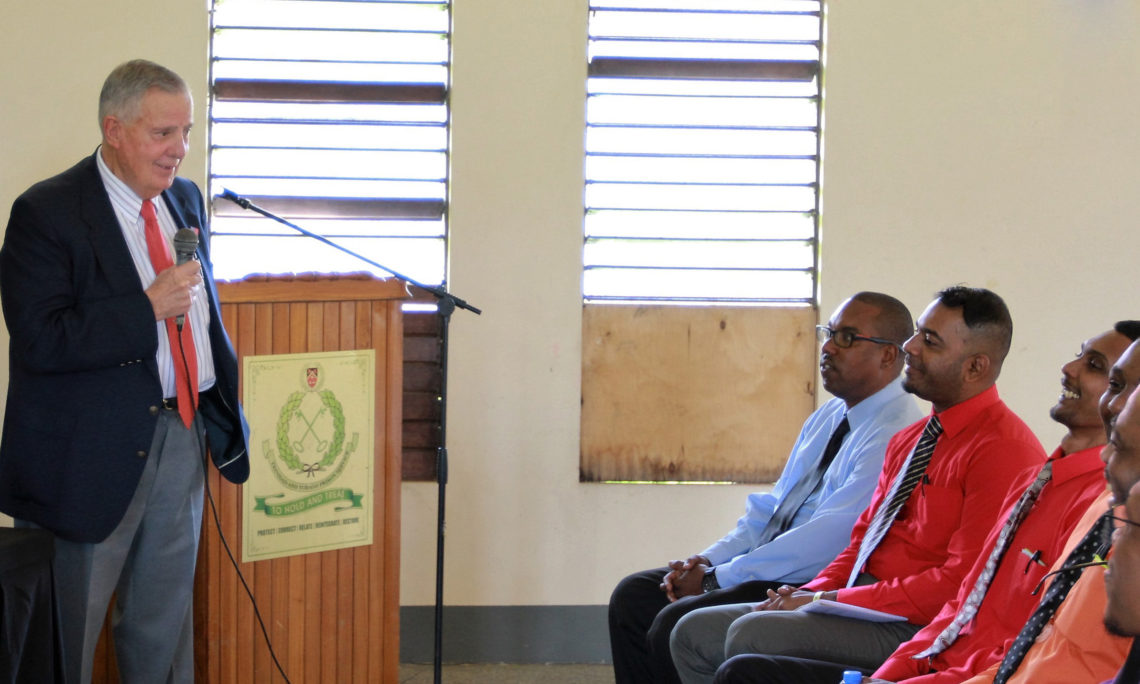 U.S. Ambassador Joseph Mondello and Commissioner of Prisons Gerard Wilson congratulate members of the All Star Prison Inmate Debate Team for their recent victory over the UTT debate team on the topic of whether people are born criminals or are made by society.

Ambassador Mondello reminded the debate team members neither success nor failure are permanent, and encouraged them to continue along the positive path they have now chosen for themselves and not give up hope.

Commissioner Wilson noted the team’s success broke stereotypes, and their hard work is what has earned them recognition.