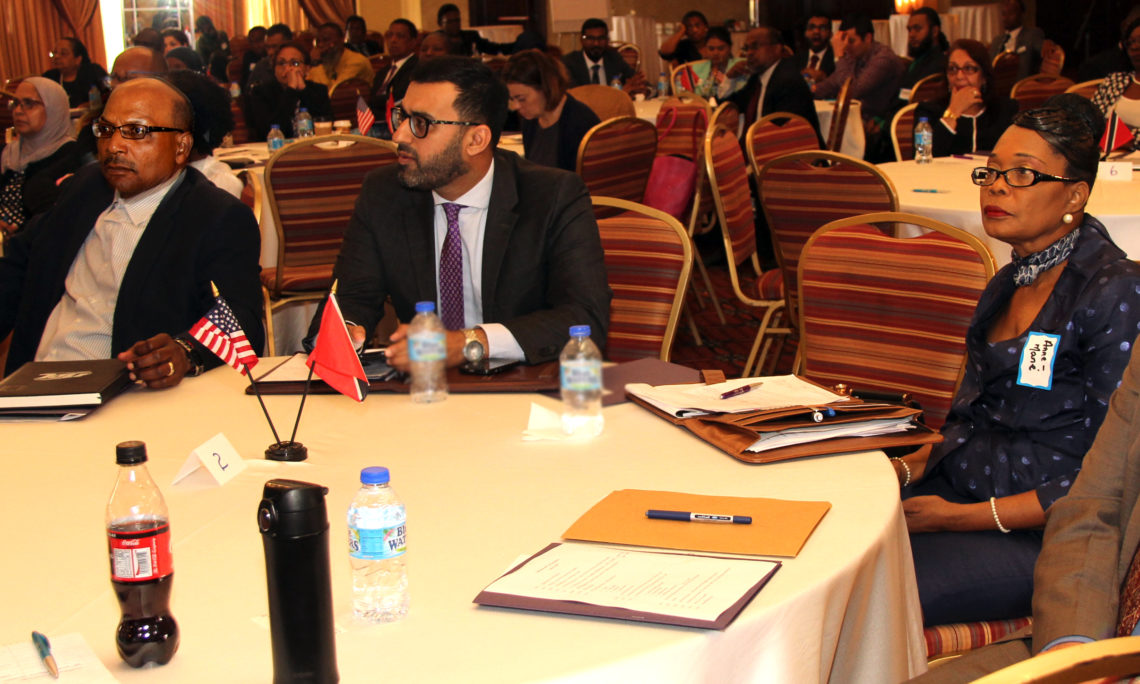 Trinidad and Tobago is a model for the global community in building strong, resilient communities in the fight against violent extremism because of the strong partnerships between government, civil society, academics and religious groups.

“What I’ve seen here in Trinidad and Tobago is amazing work by communities really trying to understand this issue and respond to it. The government is very engaged, not just with us but other global partners and communities here so that they can learn what this legal framework should look like (to fight terrorism),” said Saeed.

He described the Symposium as a “great brainstorming opportunity to understand what are the opportunities, what are the drivers, and what are the vulnerabilities that can produce foreign terrorist fighters. We have seen tremendous work already. I can guarantee you here in Trinidad and Tobago, it is one of the best partnerships that I have seen globally on this issue.”

Deputy Chief of Mission Dexter Payne reiterated the Symposium represents the apex of over a year and a half of hard work in community centers, mosques, and government offices.

“Each of you were carefully selected based on your dedication and involvement in the community, influence within society and your interest in becoming a leader in the fight against violence and violent extremism.”

Payne emphasized the fight against violent extremism must be a whole of society approach because there is no one profile for radicalization, there is no one push and pull factor that drives people towards extremist mobilization and there is no one solution or messaging campaign that will magically end this epidemic.

The Embassy’s “SafeCommuniTT” network comprises over 100 key influencers and credible messengers – a group of diverse individuals, ranging from top government officials to former convicts. The Embassy facilitated training and exchanges to the United States for many participants to learn best practices in CVE.  Together with representatives of diplomatic missions, they shared their strategies, project ideas and messaging campaigns aimed at educating and changing perspectives regarding terrorism and radicalization.

Per capita, more citizens from Trinidad and Tobago have traveled to the Middle East to join ISIS than any other country in the Western Hemisphere. With the fall of ISIS strongholds in Syria and Iraq, foreign terrorist fighter (FTF) recruitment has diminished, however, continuing radicalization in T&T and the threat of returning FTFs has made CVE a U.S. government focus and one of the U.S. Embassy’s top priorities.