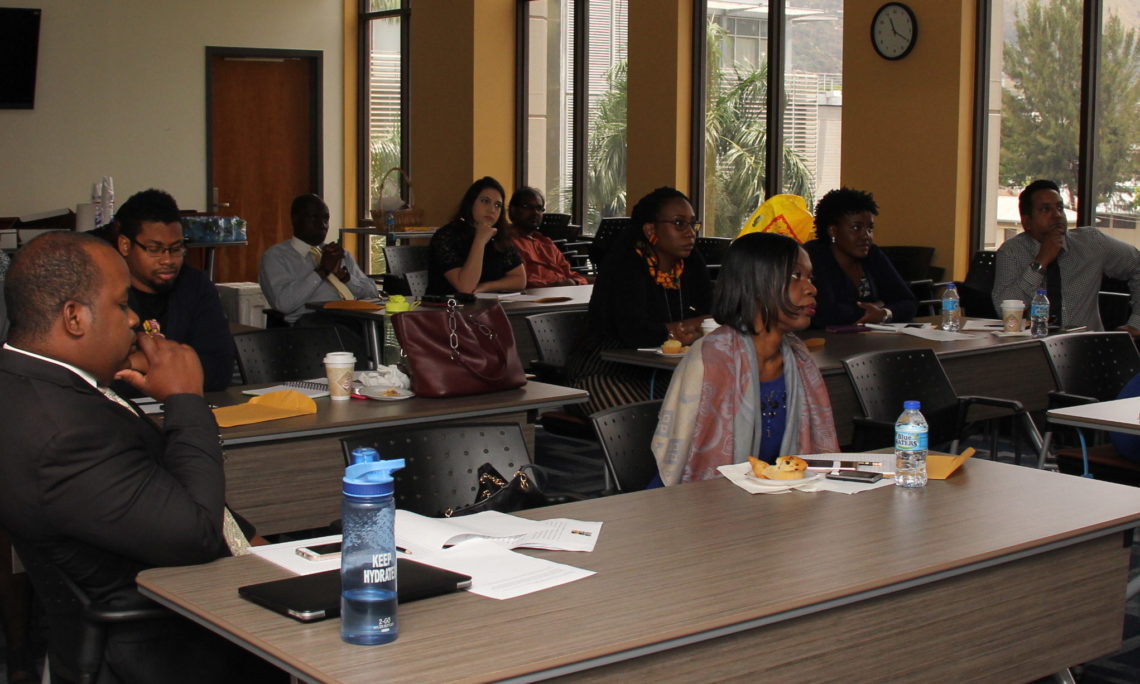 A cross section of journalists in attendance.

The Trinidad and Tobago Publishers & Broadcasters Association (TTPBA) on May 3 joined the Embassy in celebrating World Press Freedom Day 2017 with two virtual webchats.

The first focused on the importance of media freedom and its role in a democratic society. Panelists were Richard Lui, a journalist and news anchor for MSNBC and NBC News and Courtney Radsch, the advocacy director at the Committee to Protect Journalists (CPJ).