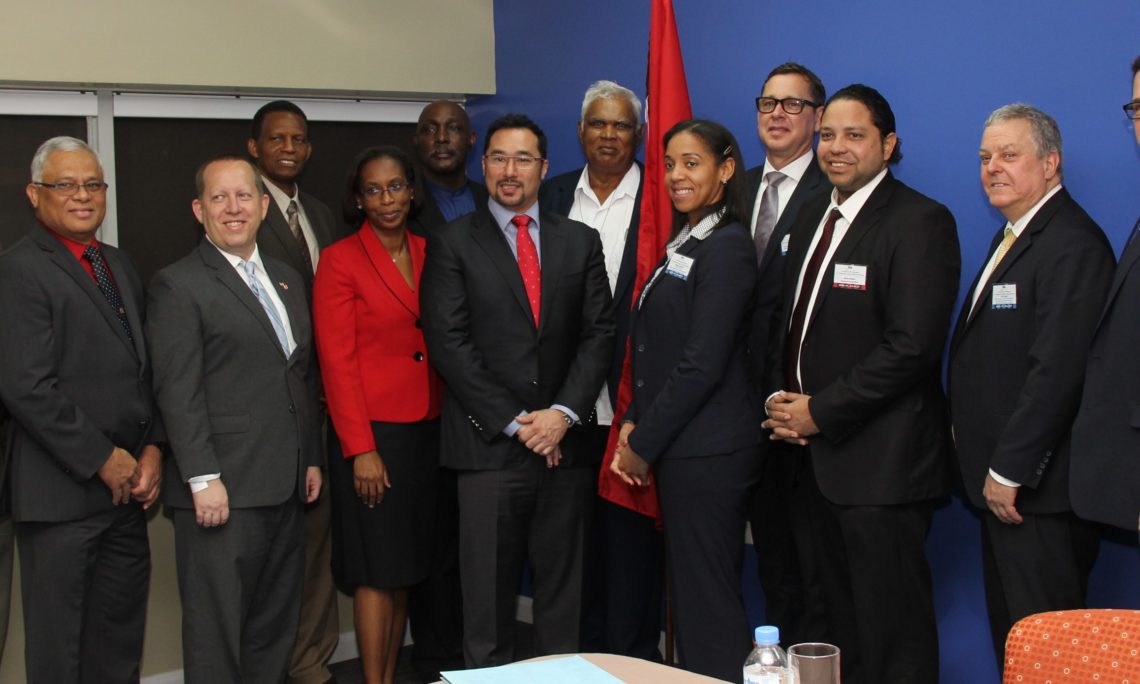 This morning Chargé d’Affaires John McIntyre delivered remarks at the opening ceremony of the Train-the-Trainer workshop on Intellectual Property with Trinidad and Tobago Customs and Excise. The Honourable Stuart Young, Minister in the Ministry of the Attorney General and Legal Affairs, as well as J. Todd Reves, Regional Intellectual Property Attaché for Mexico, Central America and the Caribbean, U.S. Embassy Mexico City also brought remarks.

The workshop will be held over the next two days at Customs House.