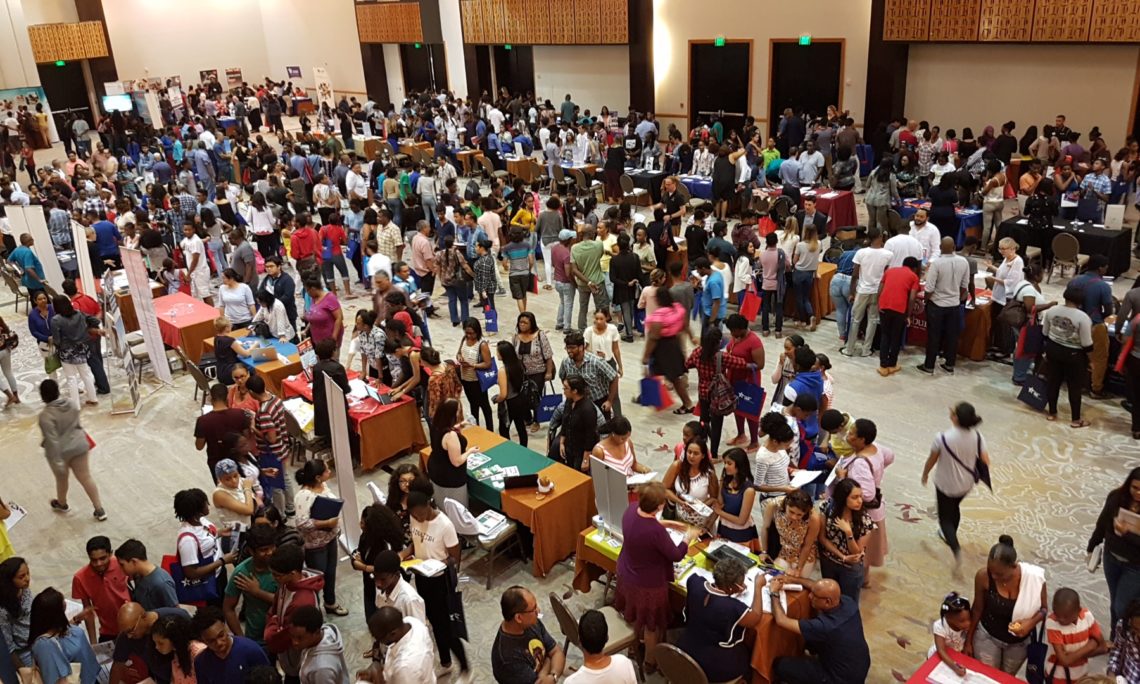 The Embassy’s annual College Fair 2017, held October 28-29 at the Hyatt Regency in Port of Spain, was an overwhelming success with 3500 to 4000 persons attending. The collaborative event with the Canadian High Commission attracted representatives from 41 U.S. and 19 Canadian universities and colleges, as well as 13 regional institutions. The Fair featured a full schedule of informational sessions, many which had as many participants standing as were seated in the 120-chair breakout room.

A big thank thank you to our partners at the Canadian High Commission for your continued collaboration, representatives from the U.S. Colleges/Universities and those from Canada, the regional institutions, the Hyatt Hotel, students, parents and everyone who attended and stopped by to chat with Embassy staff.

We look forward to seeing you next year.