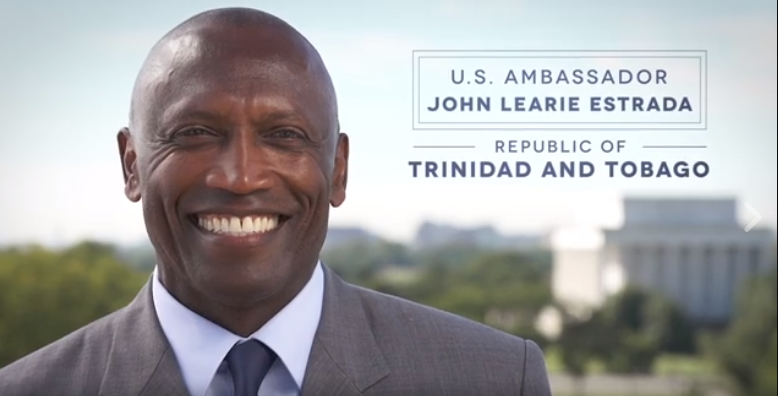 Port of Spain March 23, 2016: Hello, I am John Learie Estrada. I am honored to be the next United States Ambassador to the Republic of Trinidad and Tobago.

I was born in Trinidad.  As a young child I lived, played and went to primary schools in the communities of Laventille, Diego Martin and Toco. My fondest childhood memories are of living in Toco with my grandfather and watching the sea turtles on the beach at night. At age fourteen, I immigrated to the United States and forged a new life. I brought with me a respect for diversity and an inherent sense of the equal value of all people.

I served with honor in the United States Marine Corps, attaining the Corps’ highest enlisted rank, 15th Sergeant Major of the Marine Corps. After the Marine Corps, I continued service to my country in government and the private sector. I believe that one of the greatest aspirations of all free people is to live their lives to the fullest without limitations based on their ethnicity, class, race, gender or sexual orientation. As Ambassador, with that ideal as my guide, I want to strengthen the ties between the citizens and elected representatives of our nations.

I am proud to be nominated by President Barack Obama to further serve my country in the Republic of Trinidad and Tobago.

Along with my family, I look forward to working and living alongside all of you, returning to the place I now can call home again.