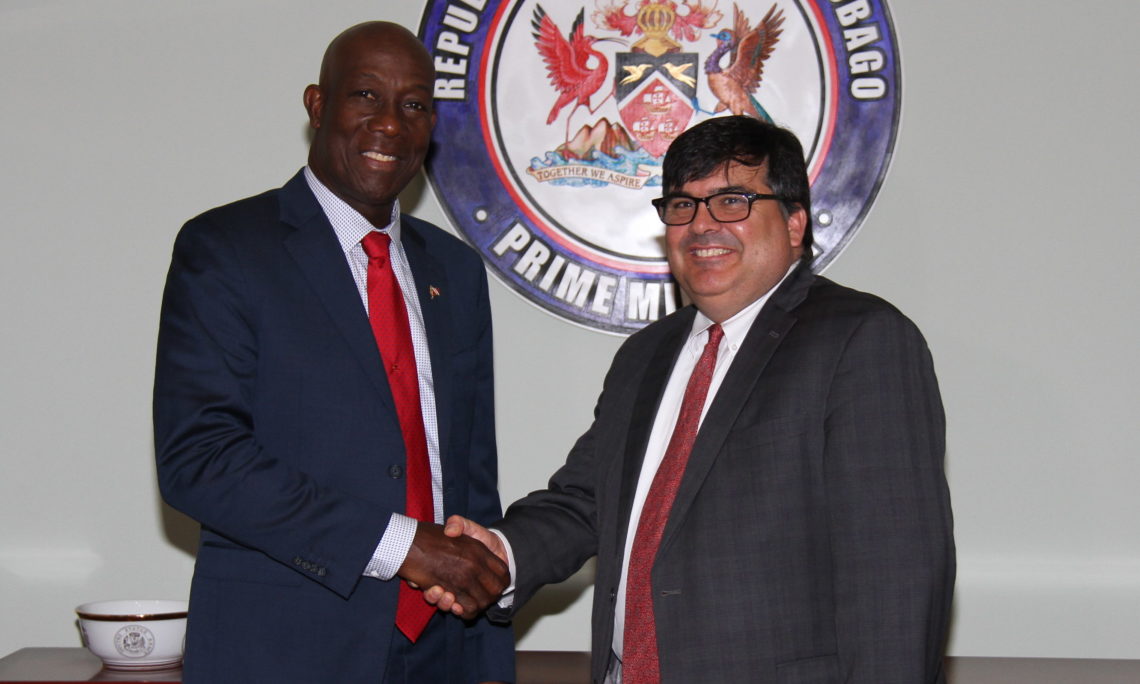 Acting Assistant Secretary Francisco Palmieri met with Prime Minister Rowley today, and discussed how to deepen our security cooperation, both bilaterally and regionally through CARICOM.  They discussed how Trinidad and Tobago’s leadership is crucial for CARICOM’s success, particularly in establishing an effective regional framework for addressing the threat of terrorism and extremism across the region.  Trinidad and Tobago’s voice should be heard in global forums, where many countries are grappling together to address the same issues of violent extremism faced here.

They also discussed the situation in Venezuela, and our interest in finding a unified regional approach to help Venezuela find a peaceful, democratic, and comprehensive solution to its current problems.  The entire region should be concerned by the erosion of Venezuelan democracy, by the detention of hundreds of political prisoners, and by the government’s policies, which have created a critical lack of basic medicines and access to food.

The Acting Assistant Secretary hosted an Iftar dinner with a group of Muslim leaders who are committed to engaging their communities and pushing back against the threat of violent extremism.   While recent events in London, Tehran, and elsewhere give us all good reason to be concerned about violent extremism, we are encouraged by the openness of Trinidad and Tobago’s Muslim community to discussing the challenges and opportunities confronting their community.