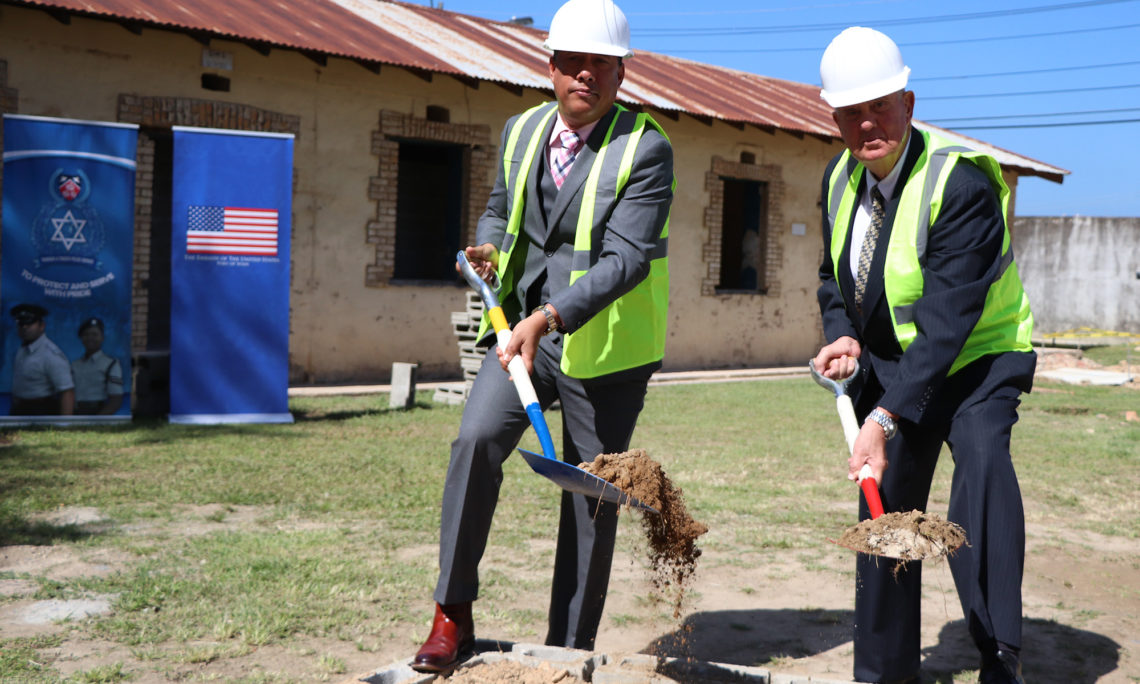 Ambassador Joseph Mondello and Commissioner of Police Gary Griffith turn the sod to start construction of a crime scene simulation house at the Trinidad and Tobago Police Service Academy.

Expected to be completed by April 2020, the renovated building will be used as a crime scene simulation house. Inside the building will be a variety of rooms representing typical environments where crimes take place, including a home, a bank, a classroom, and a bar, as well as a simulated police station with mock interview rooms, a lab, and carport. The Trinidad and Tobago Police Service (TTPS) will use the crime scene simulation house to enhance its training on evidence recovery and crime scene management.

The construction project is part of the Caribbean Basin Security Initiative (CBSI), utilizing funding from the U.S. Department of State’s Bureau of International Narcotics and Law Enforcement Affairs.

Since 2010, through CBSI, the U.S. government has provided more than ten million U.S. dollars’ worth of training, mentoring, and equipment to help build the crime-fighting capacity of the TTPS. Today’s sod-turning marks the U.S. government’s single biggest project with the TTPS to date.

Ambassador Mondello noted the U.S. government imposed no conditions on this project for the TTPS or the Trinidad and Tobago government other than the TTPS’s commitment to use the facility to raise the skills of its police officers.

Ambassador Mondello also noted the United States conducted an open, transparent public procurement process, as it does for U.S. government assistance projects around the world, to select the contractor to carry out the renovation. A local Trinidad contractor, CG Construction Services Ltd., won the contract award.