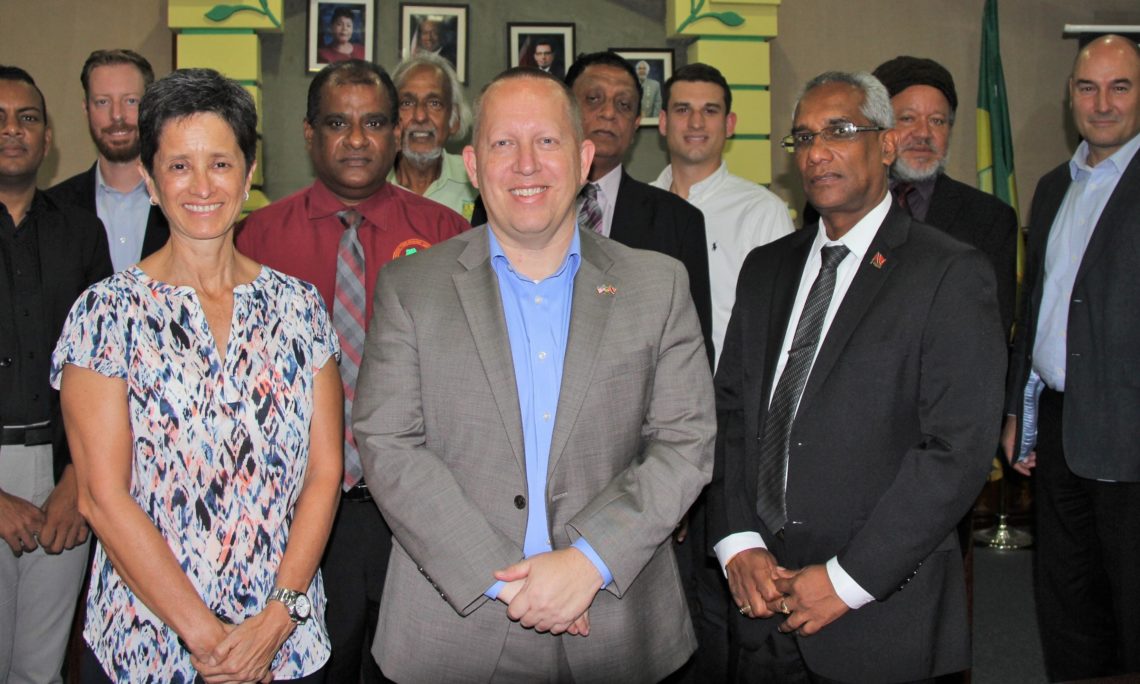 Prior to the arrival of Ambassador Joseph Mondello in mid-October, U.S. Embassy Chargé d’Affaires John McIntyre toured deep South as part of the U.S. Embassy commitment to local and regional engagement. Southern mayors and regional corporation chairmen, leaders of a U.S.-owned company, and a Hindu pundit were just some of the individuals McIntyre met during his two-day visit October 4-5.

“The Embassy tries to be as accessible as possible. Once Ambassador Mondello presents his credentials to President Paula Mae Weeks, he will want to come out to meet you, engage with your students and communities, and see how we can partner to make a stronger region,” McIntyre emphasized.

McIntyre also toured the Cedros offices of the Trinidad and Tobago Coast Guard, Immigration, and Customs and Excise, where he heard how the officers are managing and protecting borders.

Another stop on the visit was the Nu-Iron facilities at the Pt. Lisas Industrial Estate, where McIntyre learned 99 percent of the U.S. company’s highly paid workforce is T&T nationals. The plant is one of the safest, highest quality and most productive reduced-iron plants in the world.

Wrapping up the visit in Preysal, McIntyre continued the Embassy’s engagement with Trinidad and Tobago’s diverse religious community and discussed the role of Hinduism in the country with Pundit Prakash Persad at the SWAHA Divya Ashram.