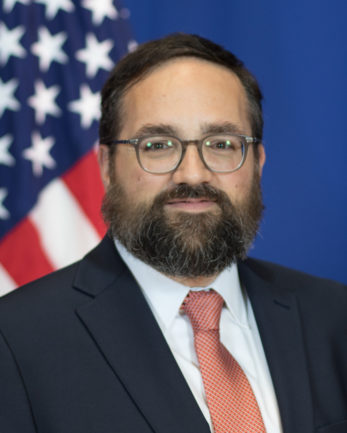 Prior to his current assignment, David was an assessor on the staff of the Foreign Service Board of Examiners in Washington, where he evaluated candidates for the U.S. Foreign Service.  His previous Washington assignments include Director of the Office of Bangladesh, Bhutan, Maldives, Nepal, and Sri Lanka Affairs in the State Department’s Bureau of South and Central Asian Affairs (2016-18), Thailand country officer (2007-2009), and Nepal country officer (2005-2007).

David is a native of Connecticut.  He holds an M.S. in National Security Strategy from the National War College and a B.A. in International Relations from the College of William and Mary.