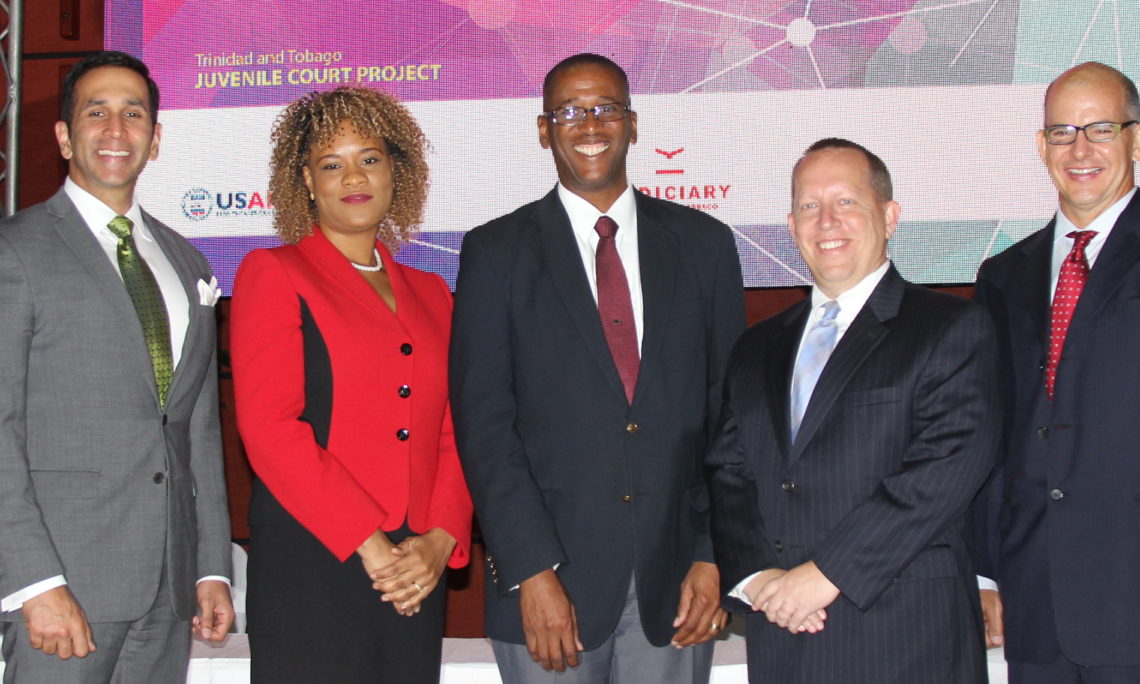 The Juvenile Court Project  has marked a significant milestone with the adoption by the T&T Government of new protocols governing cases involving children in conflict with the law.

The project is a collaboration between the United States Agency for International Development (USAID), the Judiciary of Trinidad and Tobago and the United Nations Development Program (UNDP).

The Multi-Agency and Inter-Agency Protocols were signed by representatives of the T&T Police, T&T Prisons, Tobago House of Assembly, The Children’s Authority, Ministry of Education, Office of the Director of Public Prosecutions, the Probation Services Division and the Solicitors’ General Department.

The milestone was celebrated at an event at the Convocation Hall, Hall of Justice, Port of Spain on July 11.