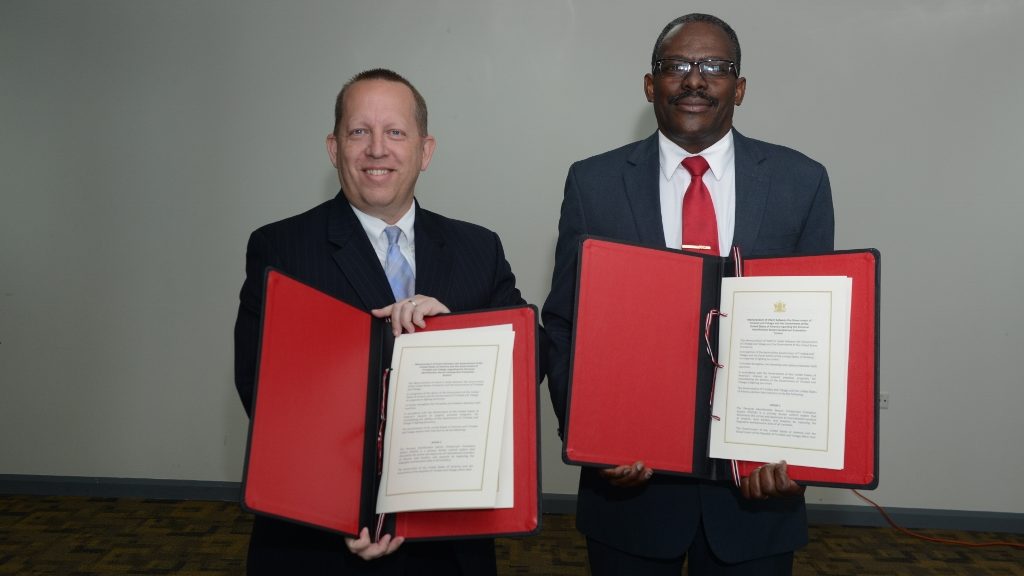 The Governments of Trinidad and Tobago and the United States today signed a Memorandum of Intent (MOI) that will provide for the establishment of a state-of-the-art border control system that documents the arrival and departure of international travelers at airports and seaports in Trinidad and Tobago.

This system, called the Personal Identification Secure Comparison and Evaluation System (PISCES), will strengthen the security of Trinidad and Tobago, the United States, and all other partner countries by increasing the ability of the Immigration Division to document travelers’ identity.

Using the latest technology, PISCES will give the government the capacity to verify a traveler’s identity against both domestic and international databases.  The system will also allow officials to identify individuals who might pose a threat to public security.

At the signing of the MOI, the Minister of National Security, Major General (Ret’d) the Honorable Edmund Dillon said, “This system will assist in our efforts to keep the traveling public safe, and distinguish legitimate travelers from those who might wish us harm.  We intend to use this system to deepen cooperation with our international partners, but only under safeguards that protect the privacy of the citizens of Trinidad and Tobago. The signing of this MOI today, underscores the commitment of the Government of Trinidad and Tobago to enhance our national security and increasing collaboration with our international partners.”

“The signing of this agreement marks an important step forward in the deep cooperative relationship between Trinidad and Tobago and the United States.  Our economies, culture and security are intertwined, and strengthening the borders of Trinidad and Tobago directly strengthens the national security of the United States,” said Chargé d’Affaires Mr. John McIntyre of the US Embassy in Trinidad.