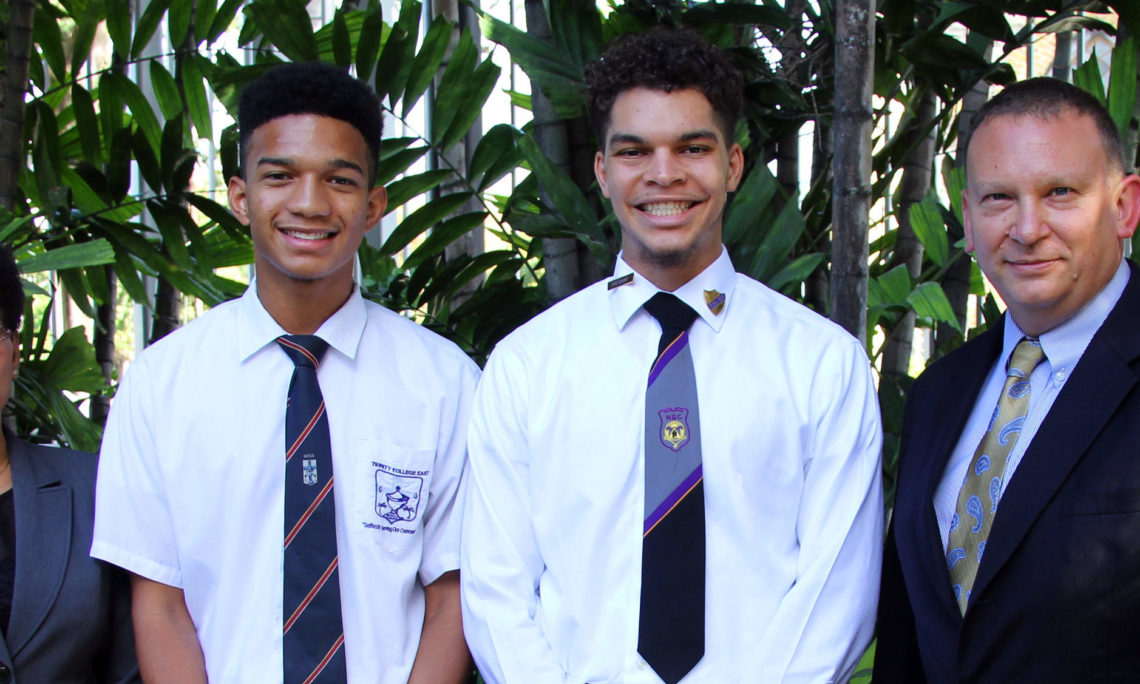 The Embassy of the United States of America in collaboration with NIHERST is pleased to announce that Sebastian Rudden of North Gate College and Josh-Michael Ashman of Bishop Anstey Trinity College East have been selected to participate in the National Youth Science Camp 2018. The camp will take place near Bartow, West Virginia in the eastern mountains of West Virginia’s Potomac Highlands, close to the Green Bank Observatory this June.

Sebastian Rudden is a form six student of North Gate College currently pursuing Applied Mathematics, Pure Mathematics, Physics and Chemistry. He is interested in Biochemical Engineering and Biotechnology. He spearheaded the establishment of his school’s first student council and was elected as president. He is also a school prefect and is heavily involved in various sporting activities such as martial arts and water polo.

Josh-Michael of Bishop Anstey East Trinity College is also in form six, currently pursuing Biology, Chemistry and Physics. He hopes to one day become an Oncologist or Cardiologist. He is the club service director of the Rotarac Club Piarco, a school prefect and a member of Young Visionaries.

Sebastian and Josh-Michael will travel to Charleston, West Virginia, for the four week camp from June 27-July 21, 2018. This year’s program was open to students in the St. George East and South Eastern educational district. In 2019, the program will be open to science students in the Victoria and Port of Spain districts as it rotates through the districts annually.

Established in 1963 as a part of West Virginia’s Centennial Celebration, the National Youth Science Camp is an annual summer forum where two delegates representing each state and selected countries exchange ideas with leading scientists and other professionals from the academic and corporate worlds. Lectures and hands-on research projects are presented by scientists from across the United States who work on some of the most provocative topics in science, including fractal geometry and the human genome project among others. Delegates at the NYSC are challenged to explore new areas in the biological and physical sciences, art, and music with resident staff members. Delegates also present seminars covering their own areas of research and interest.

The National Youth Science Camp’s diverse academic program is complemented by an outdoor recreation program, which leverages the Science Camp’s location in the Monongahela National Forest. The Science Camp’s outdoor program offers a variety of events including backpacking and rock climbing.