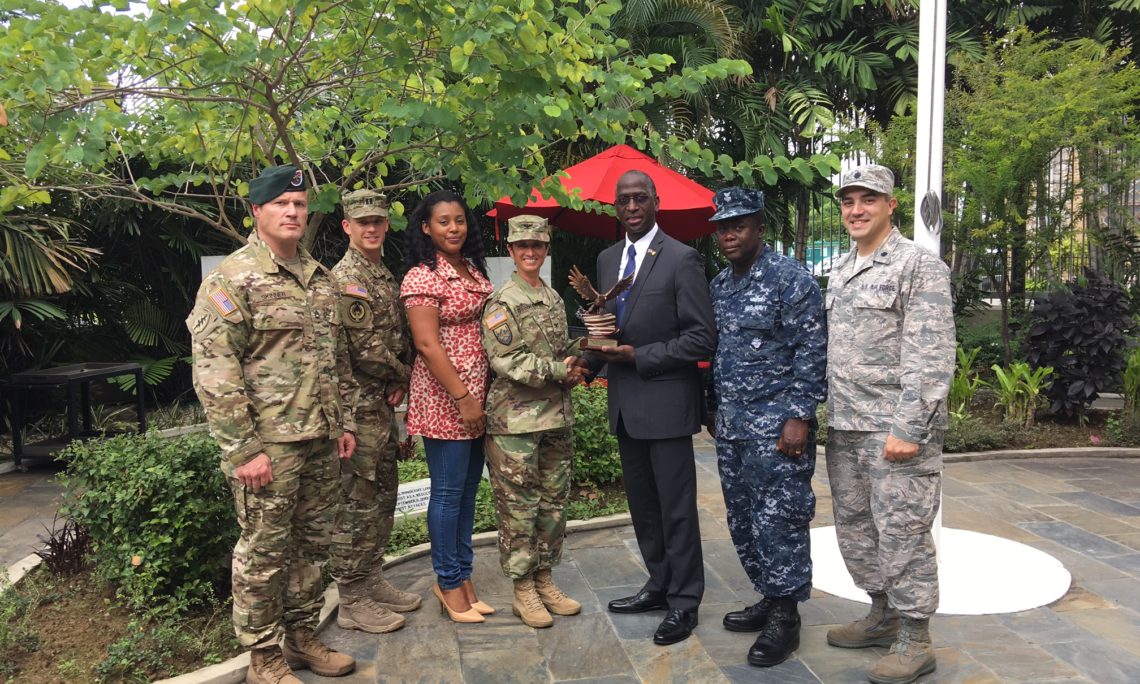 Ambassador retired Brigadier General Anthony Phillips-Spencer was recognized in a small ceremony by members of the United States Military Liaison Office, US Embassy. Colonel Claudia Carrizales, Chief Military Liaison Officer thanked the Ambassador for his leadership and contributions in support of mutual US -TT objectives. Ambassador Phillips-Spencer served as the Vice Chief of Defense Staff, Trinidad and Tobago Defense Force prior to his current appointment as the Trinidad and Tobago Ambassador to the United States in Washington, DC.