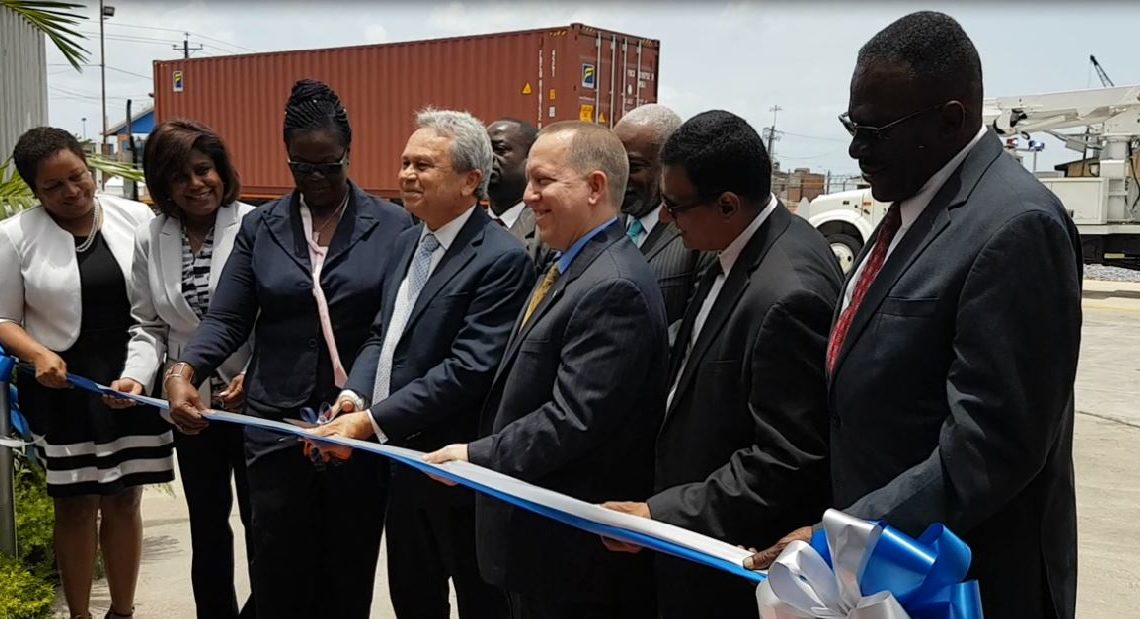 Thank you Minister Imbert, Minister Dillon, and Minister Gopee-Scoon.  Your on-going support made the difference in the complicated process of putting these scanners to work.  Thank you President Taylor for your collaboration and continued belief we could make today happen.

The implementation of these scanners has been highly anticipated by both countries.  Our two nations share many interests and we also share many common goals.  Ensuring the safety and security of our citizens is one of the most important of those shared goals and a key area of our partnership.

When it comes to security, both the United States and Trinidad and Tobago face daily challenges, one of them being securing our borders.  Loose border controls permit the flow of illegal drugs, weapons, and immigration creating an environment where criminal activity flourishes.  This is why we have identified the need for increased security measures at our borders as a top priority for partnerships to improve safety and security throughout the region.

This is evident through our Caribbean Basin Security Initiative.  We anticipate the application of these scanners will directly assist in achieving one of the Initiatives core objectives: reducing illicit trafficking of narcotics and weapons.

In the United States the use of non-intrusive inspection technology – deployed at and between ports of entry – is an important part of the layered defense strategy of CBP.  This multilayered approach includes the use of trained CBP agents, technology, automation, electronic information, and partnerships with foreign governments.

Non-intrusive inspection technologies are force multipliers giving customs officials the ability to scan a larger portion of the stream of commercial traffic for contraband, while facilitating the flow of legitimate trade, cargo and passengers.

It is a real accomplishment for both our governments to have these scanners at ports of entry here in Trinidad and Tobago.  VACIS scanners use X-ray technology to scan large vehicles like cargo containers in just 7 to 10 minutes.  In their inspections, the scanners can detect anything from big hidden compartments, to people being smuggled in containers or vehicles, even down to items as small as a handgun.

Their use will greatly increase the capacity of Customs officers to detect anomalies in cargo coming into Trinidad and Tobago and leaving for the United States.  This technology puts us in a better place to combat challenging security issues like terrorism and human trafficking, which continue to be growing areas of concern for both our countries.

In closing, I would like to take this opportunity to thank everyone from both countries who worked hard for many months to make today possible.  Your efforts will go a long way to making Trinidad and Tobago and the United States safer for all of us.