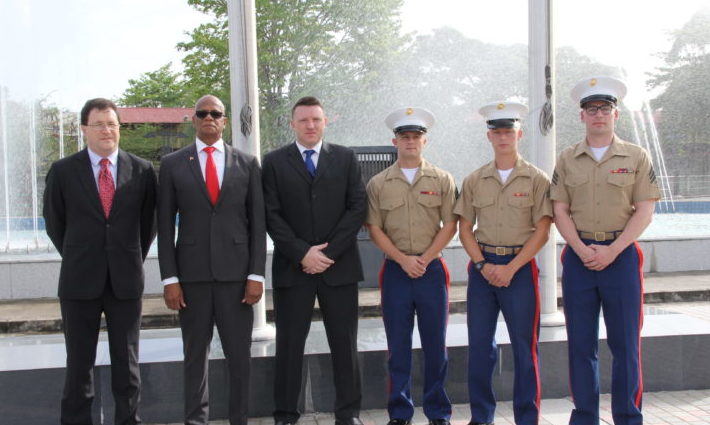 San Fernando, June 9, 2017:  The U.S. Embassy set up its offices in San Fernando for one day on June 9, in an effort to seek new opportunities to engage with the southern community.  Offices were based at the National Academy for the Performing Arts, South Campus, Todd Street, San Fernando from 8 a.m. to 4:30 p.m.

An initiative of Chargé d’Affaires John W. McIntyre in collaboration with San Fernando Mayor Junia Regrello and the City Corporation, the day began with the raising of the U.S. Flag, symbolizing our presence, followed by an opening ceremony.