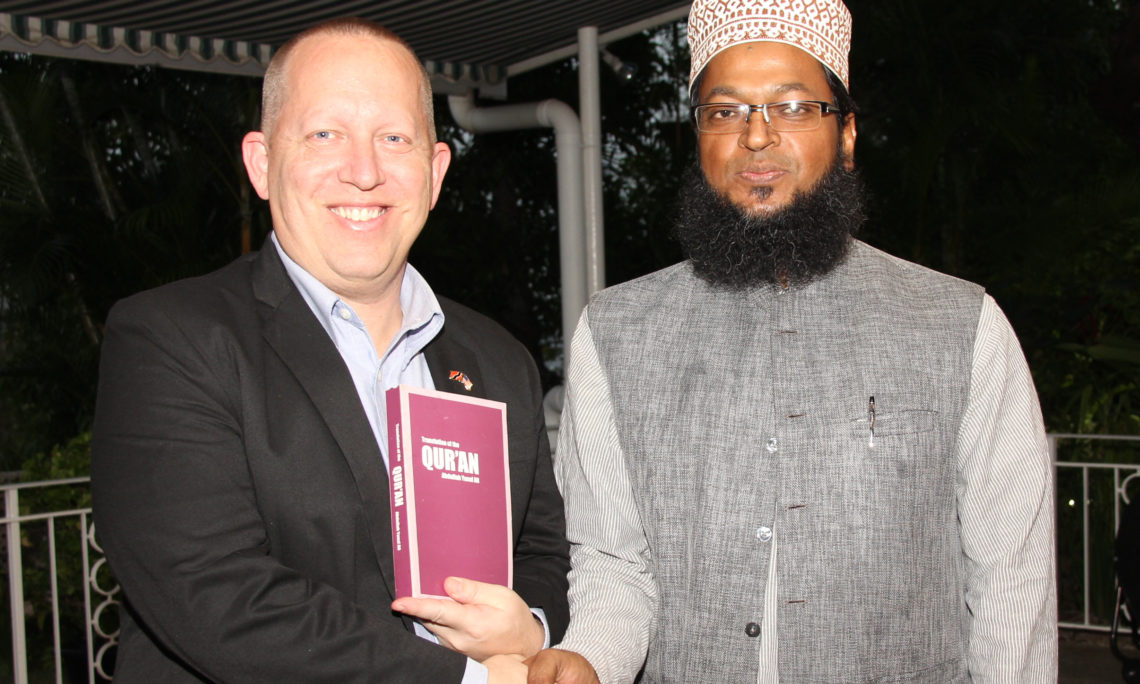 The Embassy’s annual Iftar dinner was hosted last evening by Chargé d’Affaires John W. McIntyre as part of our continuing engagement with members of the Muslim community. Chargé d’Affaires McIntyre made a commitment to increase outreach with the community both on a professional and personal level.

Yacoob Ali, President of ASJA in his greetings on behalf of the Muslim community thanked the Embassy for maintaining the tradition, pointing out it is the only diplomatic mission, so far, which has shown interest in the work of the community.