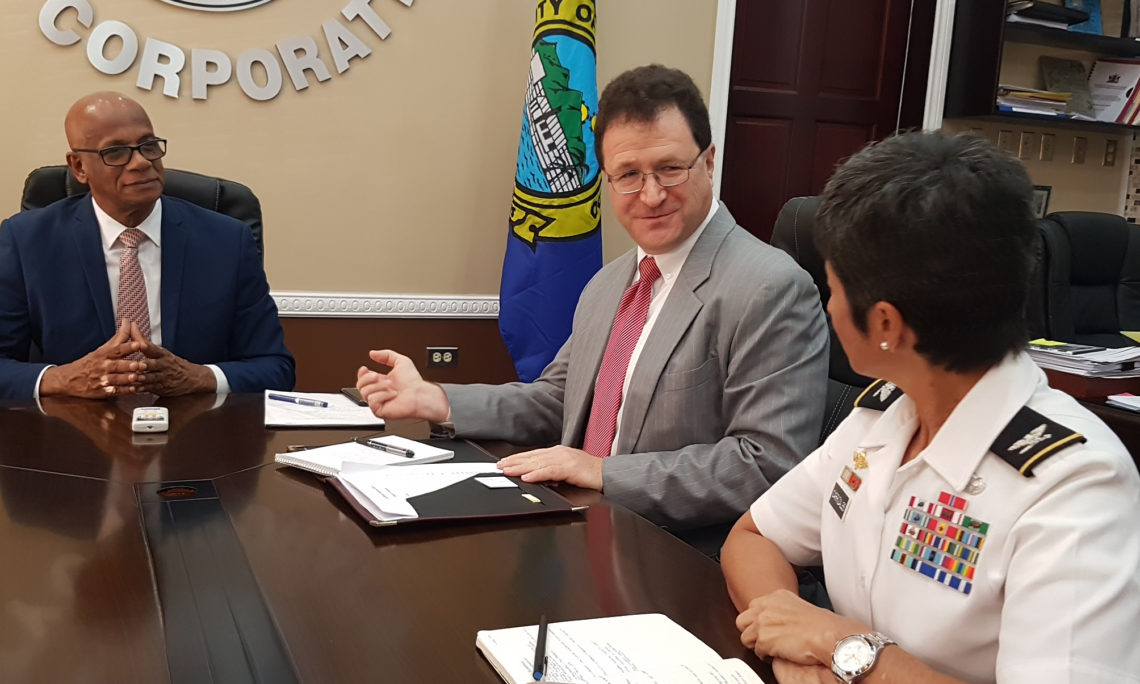 Port of Spain Aug 16, 2017:  Officials of the U.S. Embassy were at work again in San Fernando last Monday, continuing its commitment to partnering with south Trinidad, an initiative which began last June when the embassy moved its offices to San Fernando for one day.

The discussions focused on creating future partnerships through bilateral education, empowerment, and security programs particularly targeting those in vulnerable and impoverished communities.  Addressing juvenile delinquency and empowering young people to build up their communities were the general themes of the visit.