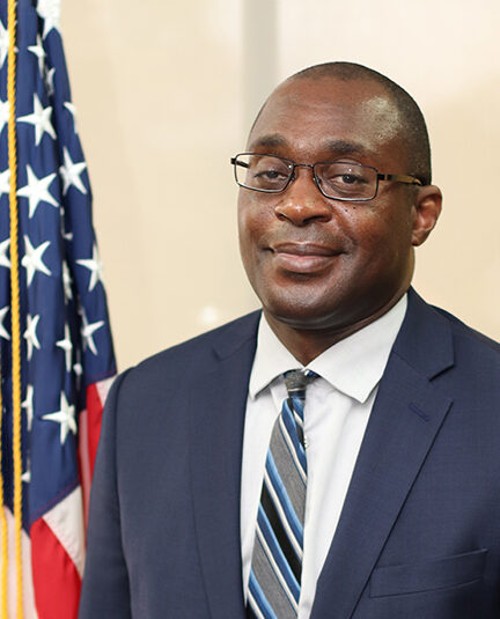 Shante Moore is a diplomat with the U.S. Department of State, joining the U.S. Foreign Service in 2000 as a Pickering-Rangel Fellow.  Over the course of his twenty-year Foreign Service career, Shante has served overseas in Kuwait, Qatar, Kosovo, Nicaragua, Afghanistan, and Barbados and the Eastern Caribbean.  He also served two consecutive tours in Washington D.C. at the U.S. Mission to the Organization of American States and the Office of Aviation Negotiations.

Shante currently serves as the Deputy Chief of Mission for U.S. Embassy Port of Spain.  Shante is responsible for coordinating the embassy’s efforts in advancing U.S. policy goals of strengthening democratic institutions, encouraging cooperation in countering violent extremism and drug-trafficking, promoting good governance and anti-corruption laws and regulations to facilitate an investor-friendly business climate that increases U.S. exports and enhances bilateral commercial ties, and building partnerships to respond effectively to other key challenges affecting the Caribbean and the Western Hemisphere.

Shante holds a bachelor’s degree from Kansas State University, a Master of Science in Foreign Service from Georgetown University, and a Master of Science in National Security Studies from the National War College in Washington D.C.  Shante is a Harry S. Truman Scholar, Ronald E. McNair Scholar, and a Fulbright Scholar to Paraguay.  Shante is married to Silvia Diaz de Moore and they have one ten-year old son Kendrick.