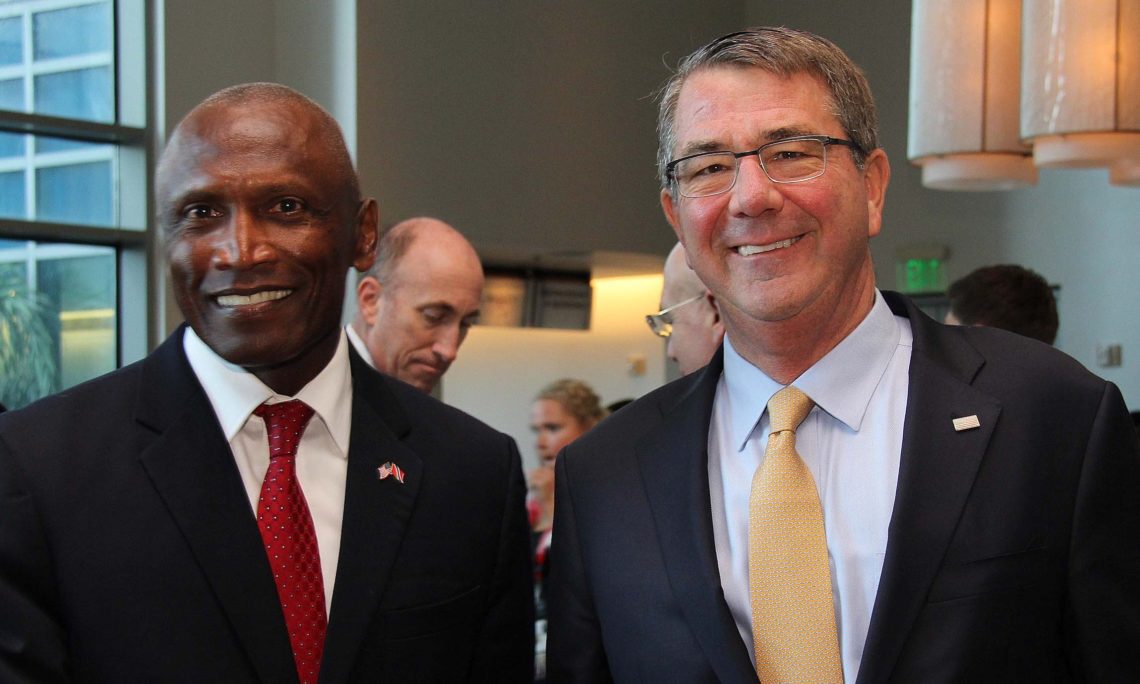 In a statement summarizing Carter’s meeting, Cook said the secretary thanked Prime Minister Keith Rowley and National Security Minister Edmund Dillon for their leadership in hosting the conference, the first time the CDMA has met in the Caribbean.

“They discussed a range of security issues in the hemisphere, and they all agreed that Trinidad and Tobago and the United States should pursue opportunities to expand bilateral security cooperation,” the press secretary said.

“The secretary and the prime minister also agreed that stability in the hemisphere should not be taken for granted and continued multilateral engagements like CDMA will help prevent complacency,” he added.