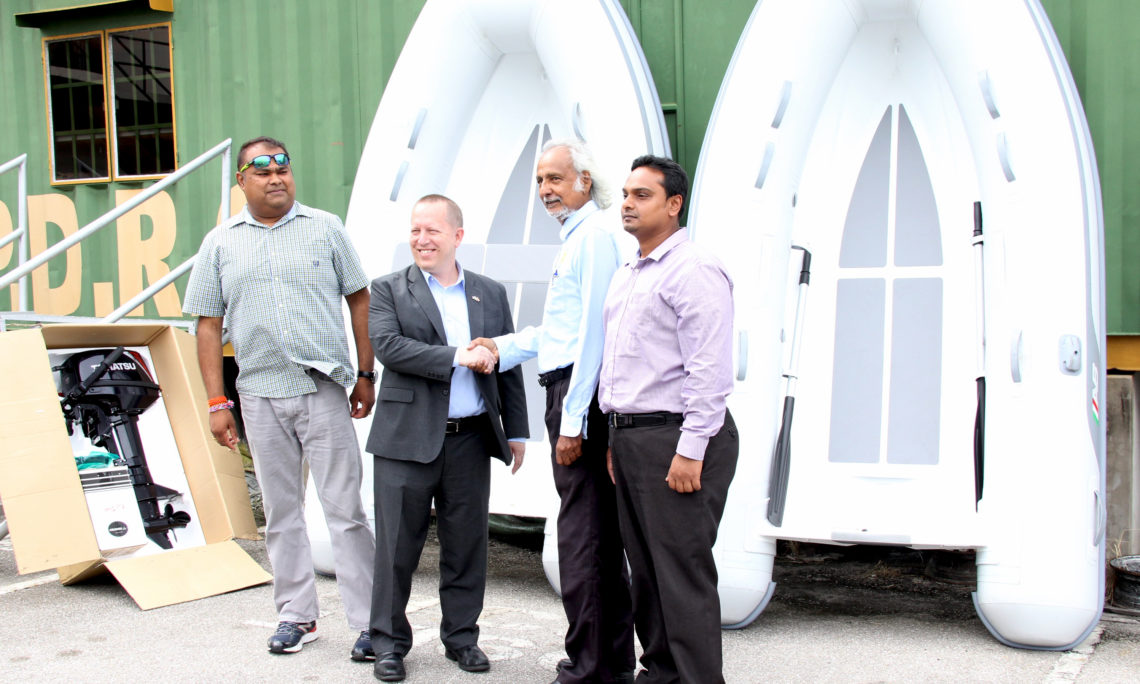 The U.S. government presented the Disaster Management Unit (DMU) of the Penal/Debe Regional Corporation with two shallow search and rescue water crafts (dingy) to assist in its disaster preparedness for the 2018 rainy season.

At the handing over ceremony on June 18 at the Penal/Debe Regional Corporation, Debe, U.S. Chargé d’Affaires John W. McIntyre said while the project “will only scratch the surface in disaster response by providing a mode of transportation to communities isolated by floods, it is indicative of our longstanding partnership.”

In February, the Embassy hosted a week-long disaster preparedness seminar in Trinidad for 19 Caribbean countries.  In March, it hosted a four day workshop with government communication officers to improve strategic communication during a crisis, and in April, jointly with the Trinidad and Tobago government, it hosted the Fused Response Exercise to hone the skills of military, police, and other emergency response offices.

Chargé d’Affaires McIntyre emphasized, “In short, the U.S. government’s partnership with Trinidad and Tobago is not here today, gone tomorrow.  We follow up, we cover the nitty gritty, non-glamorous issues of disaster preparedness, and we are with you during times of need.”

The Corporation’s Chairman Dr. Allen Sammy thanked the Embassy and expressed his deep appreciation for the donation as he anticipates future natural disasters.

The donation follows a 2017 assessment of flooding in the Penal/Debe region by the Embassy’s Civil Affairs team, through the Military Liaison Office, working with the Trinidad and Tobago Defence Force and the Corporation’s DMU.