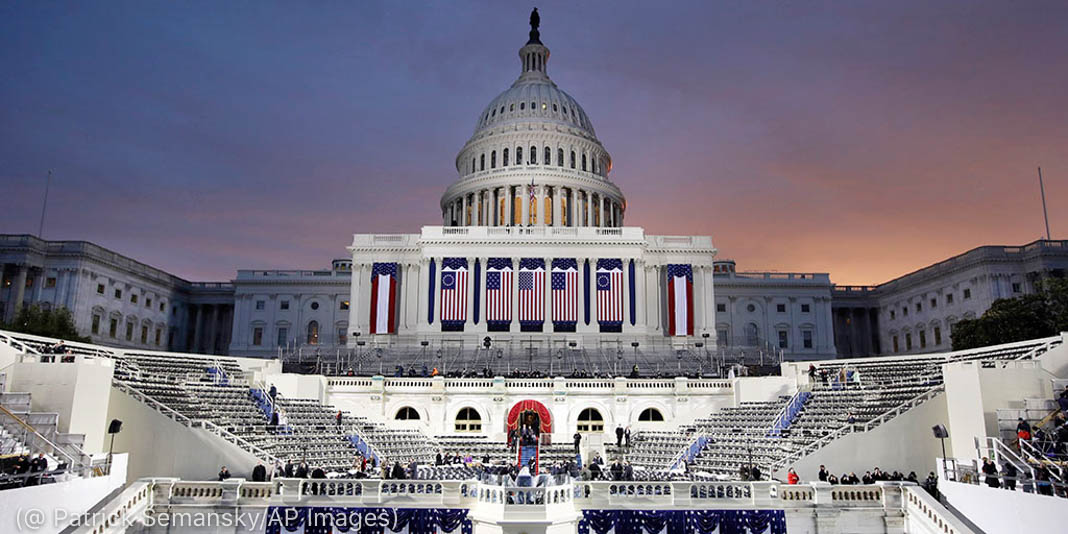 Dawn breaks behind the Capitol Dome as last minute preparations continue for swearing in of Donald Trump as the 45th President of the United States during the 58th Presidential Inauguration at the U.S. Capitol in Washington. Friday, Jan. 20, 2017 (AP Photo/Patrick Semansky)

Every four years, the American president is sworn in January 20 in Washington before big crowds. Presidents typically throw in concerts, parades and balls to create several days’ worth of festivities around their inaugurations.

But as Joseph R. Biden Jr. becomes the 46th president of the United States on January 20, shoulder-to-shoulder crowds will be replaced by American flags fluttering on the National Mall. Instead of the usual lineup of marching bands, there will be a virtual parade to include performers from around the country.

Authorities have scaled back the festivities to avoid the spread of the novel coronavirus. The pandemic has meant that big galas are canceled this time. Still, Biden’s inauguration will include some time-honored features and some creative re-imaginings of past events.