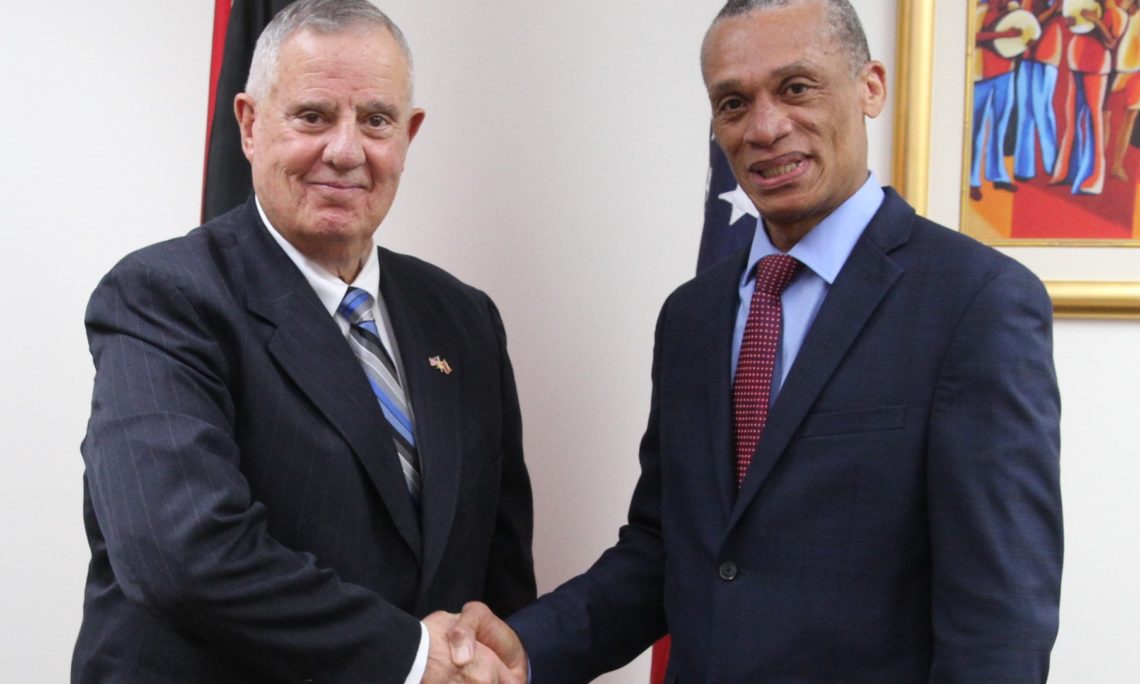 The United States of America continues to stand in solidarity with Trinidad and Tobago in the aftermath of the unprecedented rainfall and resulting floods which affected several areas of the country through the weekend of October 19, 2018.

Ambassador Joseph N. Mondello expressed the sentiments during a courtesy call on Senator the Honorable Dennis Moses, Minister of Foreign and CARICOM Affairs on October 22, 2018 at the Ministry’s headquarters. The courtesy call on Minister Moses preceded Ambassador Mondello’s presentation of his Letters of Credence to Her Excellency Paula-Mae Weekes, O.R.T.T., President of the Republic of Trinidad and Tobago and Commander-in-Chief of the Armed Forces.

During the meeting, Ambassador Mondello offered his sympathy in the wake of the recent adverse weather which impacted Trinidad and Tobago and expressed his willingness to provide support to the relief efforts in any way that could be facilitated. Minister Moses thanked the Ambassador for his kind words and indicated that the Government of Trinidad and Tobago had undertaken relief and recovery efforts throughout the country and progress was being made in this regard. He also expressed appreciation for the his offer, noting that Trinidad and Tobago and the United States of America continue to maintain high levels of engagement in a robust relationship of collaboration.

The meeting ended cordially with Minister Moses wishing Ambassador Mondello a fruitful tenure, and noted that Trinidad and Tobago looked forward to strengthening and deepening the bilateral relationship between the two nations.