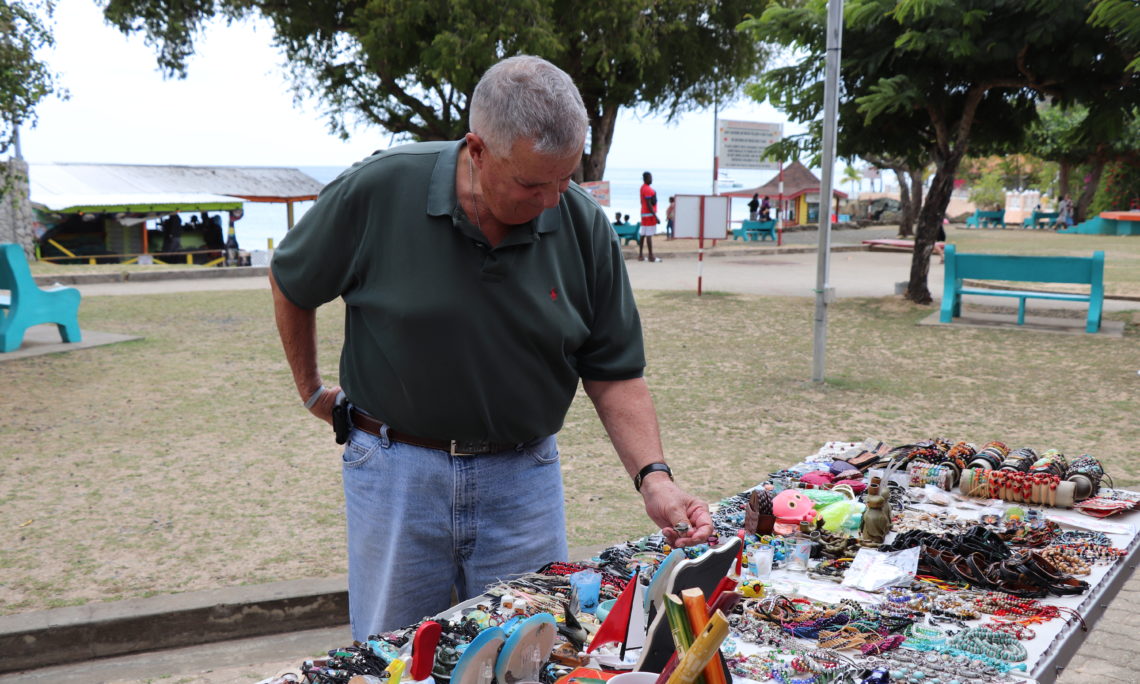 March 18, 2019: Ambassador Joseph Mondello’s first visit to Tobago, March 13-16, was a resounding success, with the Ambassador declaring his love for the island and hope for growth in the tourism sector.

The Ambassador held meetings with Chief Secretary of the Tobago House of Assembly (THA), Kelvin Charles, Deputy Chief Secretary and Secretary of Finance, Joel Jack, President of the Tobago Hotel, Tourism and Restaurant Association, Chris James and several faith leaders. He also got a tour of the Tobago Emergency Management Agency (TEMA) operations center and warehouse, and the Masjid Al Tawbah Mosque, as well as a familiarization tour of Buccoo Reef and Nylon Pool and Fort King George and Museum.