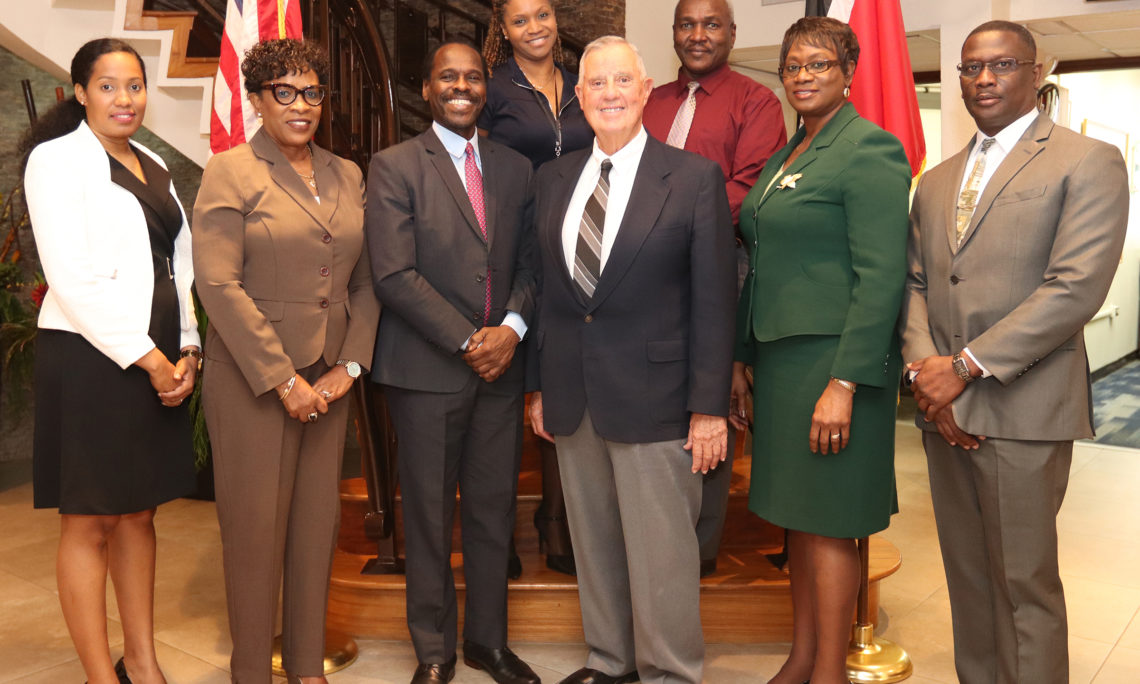 March 29, 2019: Ambassador Joseph Mondello met today with a Trinidad and Tobago delegation led by Fitzgerald Hinds, Member of Parliament and a Minister in the Office of the Attorney General, and senior officials from the Trinidad and Tobago Police Service, Police Complaints Authority, and the Office of the Attorney General upon their return from an Executive Policy and Development Symposium on Anti-Corruption & Media Relations held at the U.S. Department of State’s International Law Enforcement Academy in Roswell, New Mexico.

The symposium covered innovative methodologies, strategic leadership, and international cooperation related to the effective detection, investigation, and prosecution of corruption crimes. The symposium also focused on media engagement related to corruption, including how to develop an effective media strategy and outreach campaign, to include the use of social media.

Ambassador Mondello spoke with the group about how the U.S. government can continue to partner with Trinidad and Tobago in support of its anti-corruption efforts.