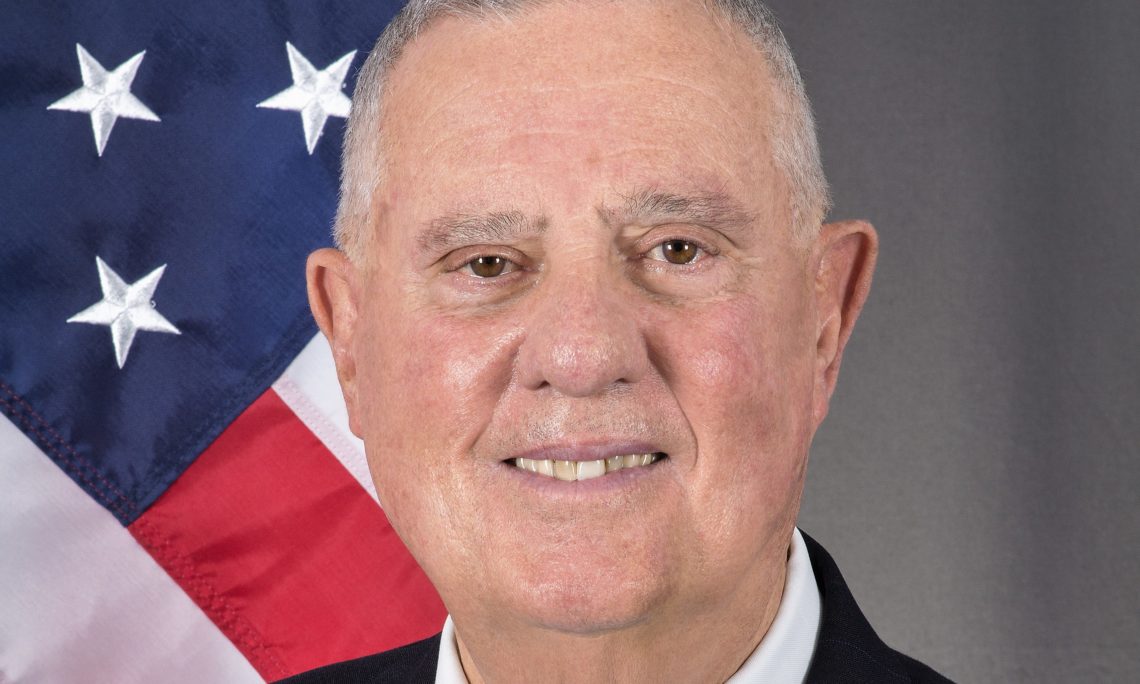 U.S. Ambassador to the Republic of Trinidad and Tobago Joseph N. Mondello and his family arrived in Port of Spain last evening.  Ambassador Mondello officially assumes duties after the presentation of his Letters of Credence to President Paula Mae Weekes.

On his arrival Ambassador Mondello said, “My wife and I are honored to be here in beautiful Trinidad and Tobago. I look forward to presenting my credentials to the President and meeting and working with the wonderful people of this country.”

President Trump appointed Joseph N. Mondello as U.S. Ambassador to Trinidad and Tobago on July 2, after the full Senate confirmed him on June 28.

Before becoming ambassador, Mr. Mondello enjoyed a long and distinguished political career. He served as chairman of the Nassau County, New York Republican Committee for 30 years and chaired the New York Republican State Committee from 2006 to 2009. He served as a councilman for Hempstead, New York from 1979 through 1987, after which he was appointed Hempstead Presiding Supervisor until 1993. In that capacity, Mr. Mondello served as the chief executive officer for the nation’s largest township. One of his proudest achievements was steering Hempstead through the recession of the late 1980s and early 1990s by cutting costs, reducing the size of the town workforce, and holding the line on taxes without resorting to reductions in public services. Mr. Mondello served as Chairman of the Board and President for Nassau Downs from 1993 through 1997. In 1994, he worked as Chairman of New York State Governor George Pataki’s transition team responsible for overseeing the first transition to a Republican administration in New York State in nearly three decades.

Service as a Nassau County probation officer inspired him to attend The New England School of Law from 1966 to 1969. While there, he was named to the law review after his first semester (an honor rarely accorded a freshman) and received the New England School of Law’s American Jurisprudence Award in criminal law.  After passing the bar, he co-founded the law firm of Flaum, Imbarrato and Mondello and went on to serve as Assistant District Attorney in the Complaint, Felony and Trial Bureaus as well as a Special Agent in the Office of Naval Intelligence. He is currently “of counsel” at Berkman, Henoch, Peterson and Peddy.

Outside of work, Mr. Mondello is active in important civic groups, including the Board of Directors, Sons of Italy, Marco Polo Lodge; Ushers Society of St. Bernard’s Roman Catholic Church (where he is a lector at Sunday Mass); Epsilon Sigma Fraternity of Hofstra University; Ancient Order of Hibernians; Knights of Columbus, Holy Innocents Council (Fourth Degree); the Knights of the Holy Sepulcher; Long Island Area Development Association; the Levittown Chamber of Commerce and the Uniondale Hispanic Association.

Mr. Mondello’s military record includes service in the Air National Guard from 1955 to 1956, service in the Army as infantry corporal from 1956 to 1958, and service as a former Deputy Commander of the New York Guard, in which he holds the rank of Major General.

Mr. Mondello earned his bachelor of arts from Hofstra College in 1962. He worked as a teacher in the East Meadow school system and served as an adjunct professor of government at Hofstra University.

Born in Brooklyn in 1938, Mondello is married to the former Linda Elizabeth Crabtree. They have three children, Joseph, Elizabeth, and Lisa, and five grandchildren.